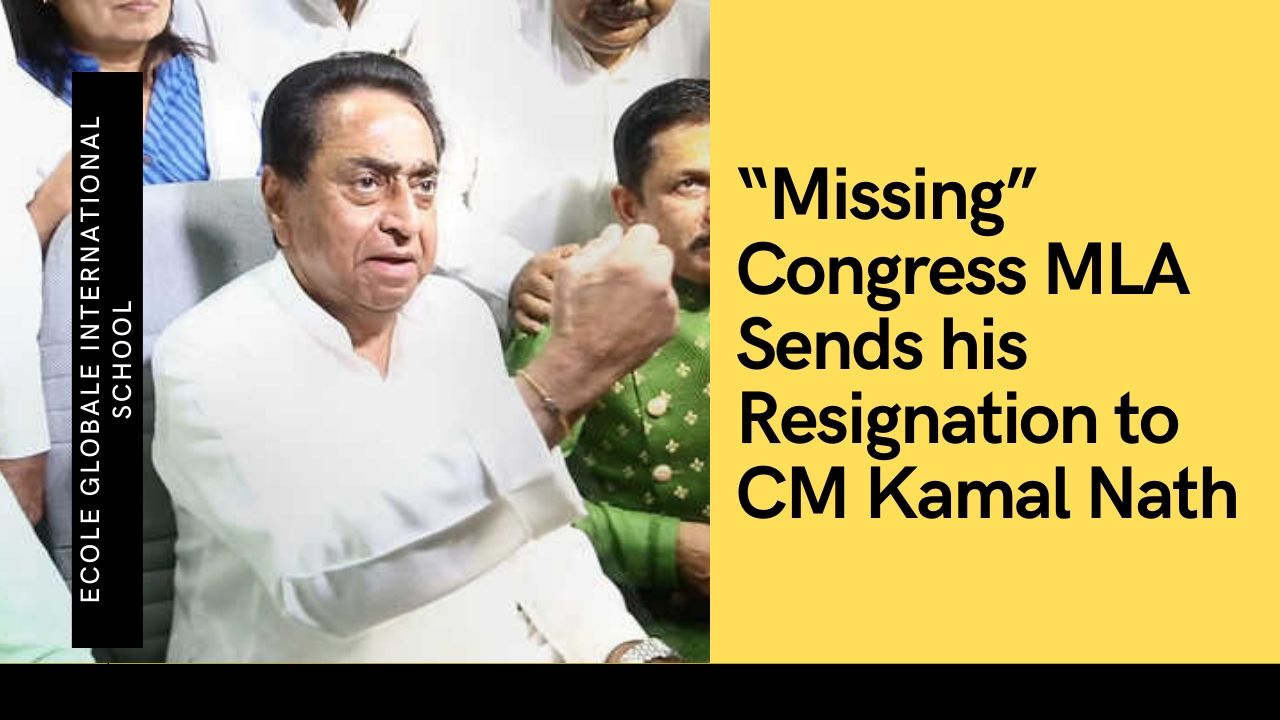 BHOPAL: Amidst all the political confusion, Hardeep Singh Dang allegedly resigned from Congress in Madhya Pradesh. The worst fears of the congress led Madhya Pradesh state government seems to be turning into a reality. Speculations were being made over the “horse-trading” crisis and BJP was being held responsible for holding about ten congress MLAs.

One of the missing MLAs, Hardeep Singh Dang, who was in Bengaluru, has sent his resignation to the Chief Minister Kamal Nath and also NP Tripathi, speaker. The resignation was submitted late on Thursday evening. The decision has come as a significant setback to the state government. The suspense regarding the other three missing leaders is also deepening. Two of these are from congress, and one is an Independent MLA. The party is facing major problems in all this conundrum.

Hardeep Singh Dang has stated his reasoning for the resignation in the official letter. He was elected from the Suswara assembly seat in Mandsaur. He has written that he was disappointed in the fact that the state government was always neglecting his constituency and that he was also not given any prominent ministerial position.

The resignation came as a setback to the congress hours after they had announced their proclaimed victory. The announcement made indicated that Operation Kamal had been successful and that BJP had lost. Congress said that the ‘missing’ MLA was in contact with the CM and are soon bound to return to the party.

But the situation took a significant twist around 8 pm, when official resignation from Dang went viral all over the social media. Dang had made the following claims in his resignation:-

Hardeep Singh Dang was a prominent minister of the congress party in MP and being from a minority Sikh community. He hoped to get a position in the office. He was the only MLA who had emerged victorious in the 2018 assembly polls from Mansusar district while seven seats went to BJP. Hence, Dang is a critical MLA of the Congress government in Madhya Pradesh.

The three other MLAs, two from congress former minister Bisahulal Singh and Raguraj Singh Kausana and one independent MLA Surendra Singh Shera are still in Bengaluru.

Hardeep Singh Dang has made several allegations on the government and has expressed his disappointment on the functioning of the present government. He said that apparently the whole party is governed by 4-5 ministers and the rest of the party has turned a blind eye to every problem.

He said that since he does not belong to a significant fraction of the government and also is not in the camp of Kamal Nath’s and Digvijaya Singh. Therefore, he is treated as just an average congressman whose demands are just ignored. He said that despite all his efforts in conveying his grievances to the significant leaders, no one had responded. Therefore, he has submitted his resignation but assured that he would continue his struggle for the development of his region and help the farmers.

The state government has declined the news of resignation and has decided to keep mum on the whole matter. The speaker said that he had come to know about the news from some sources but did not receive any letter from the concerned MLA. He further restrained from making any official statements on the matter. He said that he would take the necessary steps only after a formal meeting and the submission of the resignation from Hardeep Singh Dang personally.

WAYS TO ENHANCE THE EMOTIONAL INTELLIGENCE IN A CHILD