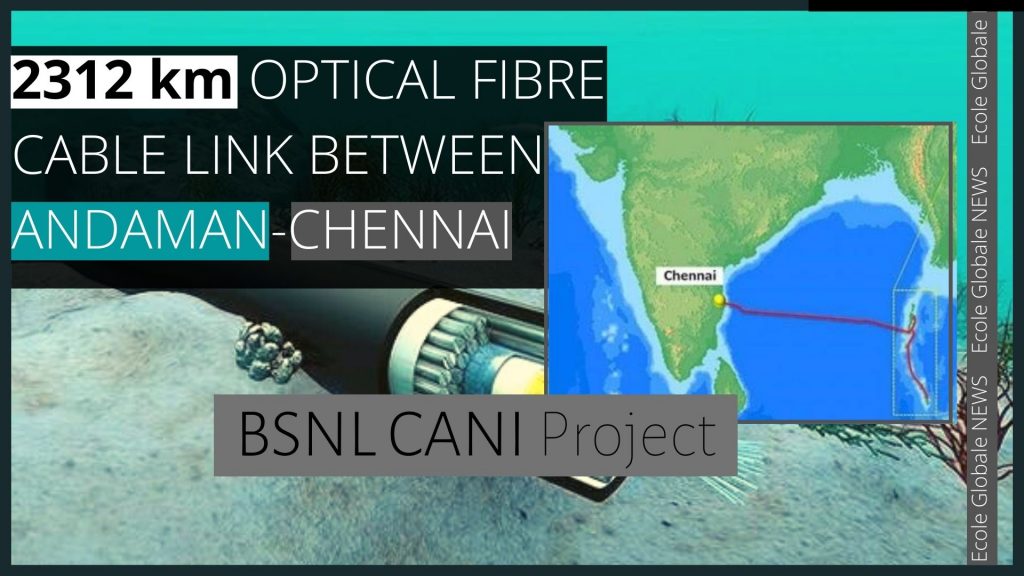 Prime Minister Narendra Modi on Monday initiated a significant project, the first-ever undersea optical fibre cable link between Chennai and Andaman. This project, Andaman Chennai broadband connection, will provide high-speed broadband connections in the Andaman and Nicobar islands. This project’s foundation was laid on 30 December 2018. The total cost of the project is 1224 crore.

After inaugurating the project PM, Narendra Modi expressed his appreciation towards the initiative and confirmed that from Chennai to Port Blair, Port Blair to Little Andaman and Swaraj Dweep, this service has started in a substantial portion of Andaman from today itself. He also said that it is the responsibility of the nation to provide modern telecom services to the people of Andaman and Nicobar Islands. He further mentioned that the project is a representation of our commitment towards ease of living.

The internet speed provided at Port Blair would be 400 Gbps, and for other islands, it will be 200 Gbps.

The country will be able to implement mobile and broadband services to the Union Territory using the optical fibre link in all the telecom operators.  This project is mandated to provide a boost to 4G mobile and digital services on the Andaman and Nicobar islands.

The project completed ahead of its schedule, it has been executed by BSNL in less than 24 months.

The chairman of Bharat Sanchar Nigam Ltd. (BSNL)  and Managing Director, PK Purwar, was thrilled to announce the success of the project. He stated that despite the several challenges the project completed in the anticipated time without the involvement of extra costs. He further stated that the project is a league of a kind in India and hence BSNL made sure that organising of the submarine optical fibre is done in par with the global standards with no quality compromise.

The project will offer a plethora of benefits to the residents of the Andaman and Nicobar Islands. Some of them are enlisted as follows:-

The installation of an optical fibre cable project connecting the Andaman and Nicobar islands with the rest of the country is a representation of Mr Modi’s delegation to the ease of living. This project would open doors to endless opportunities for the people of the Union Territory. This would help in boosting many industries, as well as the students in e-learning and as the world is shifting towards the digital world, providing higher mobile connectivity and fast internet is a great step taken by Modi Ji.