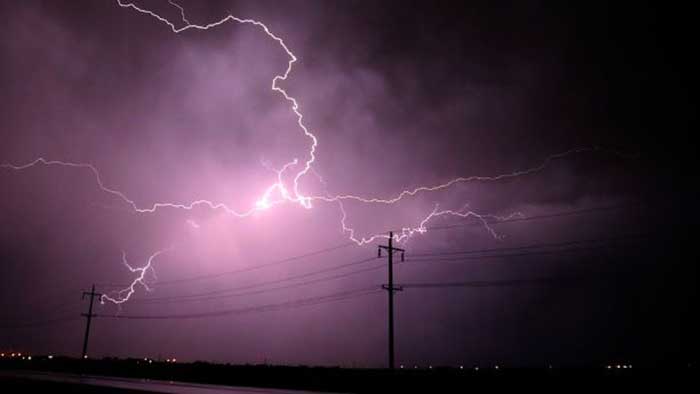 At least 28 people died due to lightning at separate places in Uttar Pradesh and Bihar on Tuesday as there were heavy rains in several parts of the country.

As per the data given by the India Meteorological Department (IMD), many parts of the country are likely to get rainfall over the next 3 to 4 days with no significant change in the maximum and minimum temperature. The maximum temperature will touch the 38 degrees Celsius mark over the next two days due to lack of rain.

In Bihar, 15 people died in the below-mentioned districts

The Chief Minister of Bihar, Nitish Kumar, announced that the next of kin of those killed due to lightning would get 4 lakh each as an ex-gratia amount.

In Uttar pradesh light to moderate rains poured in isolated places of the state on Tuesday. At least 13 people were killed in UP at different places due to the lightning

In view of the mishappening the chief minister of Uttar Pradesh, Yogi Adityanath directed the district magistrates to provide 4 lakh as financial assistance to the family members of those who were killed in the lightning.

In addition to the 28 people who died due to the tragedy, there are other 28 villagers of Lakhimpur Kheri, Sitapur and Azamgarh who are affected by lightning.

In the isolated places of Uttar Pradesh, it is very likely to get struck by thunderstorm and lightning.

Talking about some other states, the met department said that Haryana and Punjab would experience dry weather over the next two days. Some rain was also recorded in some other parts of the country, and these include Andhra Pradesh, Assam, Meghalaya, Nagaland, Manipur, Mizoram, Tripura, West Bengal, Arunachal Pradesh, Telangana, Karnataka, Kerala, Lakshadweep, Andaman and Nicobar islands, Gujarat, Goa, Maharashtra. Few places in Bihar, Odisha, Madhya Pradesh, isolated places of Jharkhand, Uttarakhand, Himachal Pradesh and Uttar Pradesh also received some rain, and the rest of northwest India remained dry.