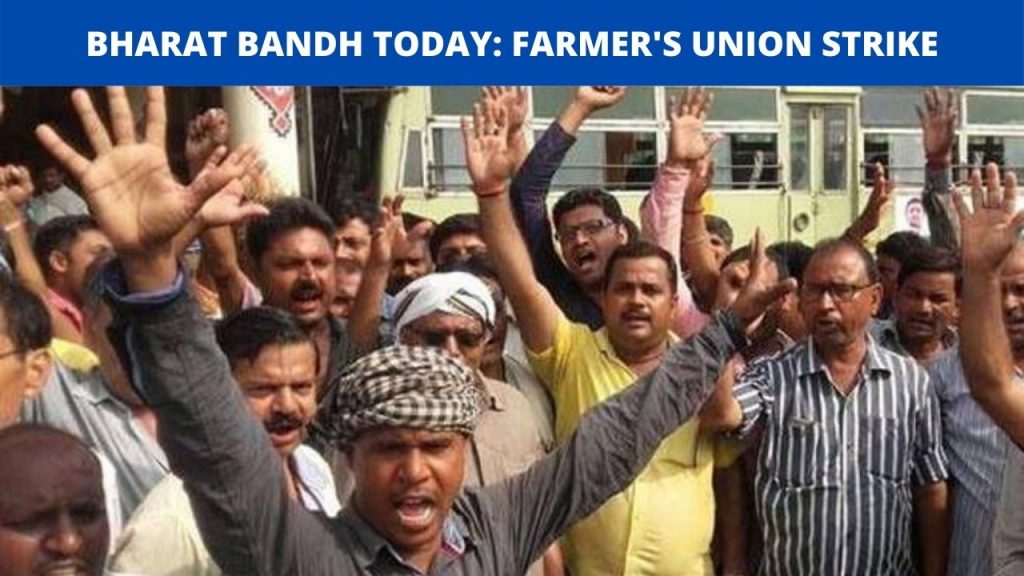 Bharat bandh to be organized by the Farmer’s union on September 25 in several states across the country to protest against the government’s new agriculture reform laws.

The Farmer’s union have called for a nationwide shutdown or Bharat Bandh on Friday, i.e. September 25, 2020, in view to protest against the government’s new agriculture reform laws.

Several states are going to be affected due to this strike to be specific the states ruled by BJP.

The nationwide strike is called by

And these unions have also received political support from 18 political parties including the Congress.

HOW IS BHARAT BANDH GOING TO AFFECT THE COUNTRY

The Bharat bandh is going to affect the country in a significant way. Especially the non-BJP ruled states are expected to be impacted due to farmers strike. Some of the major problems that could occur due to Bharat bandh are

STATES LIKELY TO BE AFFECTED BY BHARAT BANDH ON SEPTEMBER 25

SOME HIGHLIGHTS ACROSS STATES

In Karnataka, the taxi and lorry driver association and Farmer’s organization have extended their assistance to the farmers.

In Maharashtra, AIKS will hold protests in across 21 districts.

In Punjab, a chakka jam for 3 hours would take place as per the announcement by Shiromani Akali dal.

In Uttar Pradesh, the farmers will jam their villages, towns and highways.

In west Bengal, roads and highways will be blocked due to mass resistance across the state.