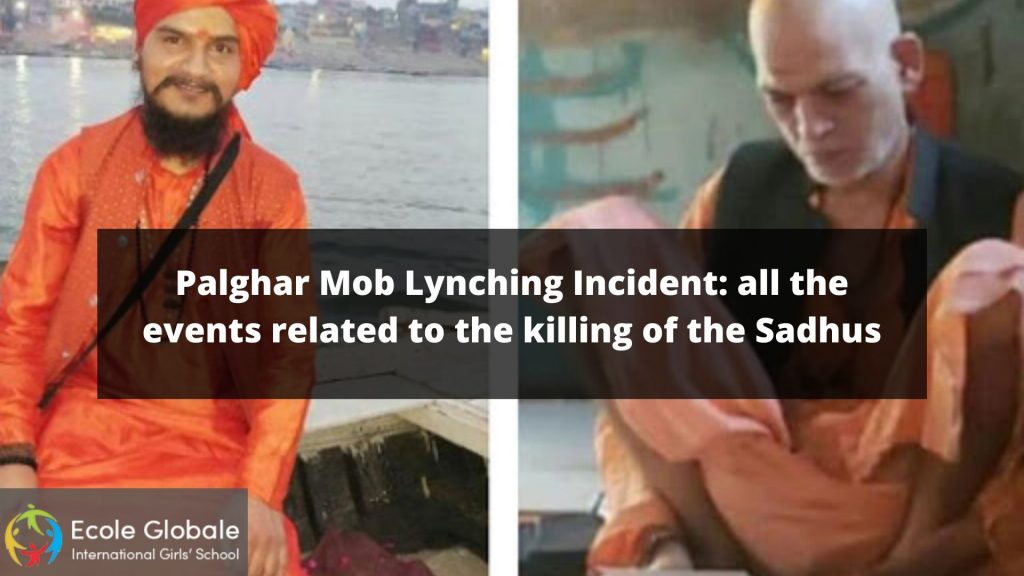 MUMBAI: On the 16th of April 2020, Sushilgiri Maharaj (35), Chikne Maharaj Kalparukshagiri (70), and their car driver Nilesh Telgade (30) were on their way to attend the funeral of a senior functionary of the Juna Akhara. The police investigation into the case revealed that the travelers and their vehicles were stopped at Chroti Toll in Naka. They were told to go back as traveling is prohibited during the lockdown. The sadhus and their driver then decided to take the village route instead of the national highway to reach their destination. Subsequently, they came under a massive mob attack by the villagers in Gadchinchli village in Palghar district, which led to their deaths.

REASON FOR THE MOB ATTACK

On the 14th of April, a similar incident had taken place in the nearby village of the same Palghar district, where some doctors, who were held as hostages by the villagers, were set free by Kasa Police. Six suspects were arrested in connection to this case.

The real reason behind both these incidents is the ceaseless rumor hawking that was prevalent in these villages. A false news about the bandits and goons on the prowl to attack and loot the villagers was significant in many remote villages in the Palghar district. It was believed that in the light of the lockdown since the 25th of March 2020, bandits were seeking an opportunity to attack the villagers.

This rumor is being considered the chief culprit of the brutal mob-lynching incident that took place on the 16th of April. The sadhus and the driver were attacked and beaten to death. About 110 arrests were made in connection to this case, including nine juveniles. Two policemen from the Kasa Police station were also suspended for their inefficiency and carelessness regarding the incident. All the accused and arrested were produced before the Dahanu Court this past Monday. One hundred one men were sent to the police custody till the 30th of April, and the minors have been sent to the correction homes.

Further proceedings of the case will be observed soon. The men are being kept in 5 different prisons in Dahanu. Because of the social distancing norms and such a large crowd, this action is being taken.

Some top investigators of the case have reported that rumors were spreading like wildfire in many districts of Palghar that bandits were out to loot the villagers taking advantage of the lockdown and deserted streets.

The incidents unfolded when a couple of doctors, who were on the way to test out some villagers, were caught and detained by the residents of Sasane village. This village falls under the jurisdiction of the Kasa Police Station. The doctors were mistaken to be thieves and were initially stoned and tied up by the villagers. The policemen in Kasa Police station got the information about the situation, and after about 3 hours of process, they were able to set free the doctors and arrest six accused in the incident.

After this incident, district police had called upon a meeting of all the police representatives of different villages and instructed them to spread the word about the lockdown. They were also asked to stop the rumors and educate the villagers. The efforts were ongoing when the unfortunate incident occurred on the 16th of April.

Inspector-General of Police in the Konkan Range, Niket Kaushik, confirmed further that the station in-charge and the deputy of the Kasa Police station had been suspended post the incident.

The lynching incident staggered the entire nation, and many condemned the act and inefficiency of the district police in handling the situation. Uttar Pradesh CM Aditya Yoginath urged the Chief Minister of Maharashtra to investigate the matter and take strict action against the culprits involved in the mob-lynching of the three men. On Sunday, CM Uddav Thackeray, in a press conference, confirmed that justice would be served. On Monday, he made an announcement stating that the investigations on the matter have been handed over to the Chief Investigation Department (CID) under the leadership of the DG CID- Atul Kulkarni.

The reaction of the media took an ugly turn when the case was given a communal face. Political leaders from the left-wing and the right-wing started playing the blame game. The communalism of the entire episode at this time where COVID-19 is a significant issue is not creating a good picture. All accused have been taken into custody until the 30th of April, and necessary steps are being taken to deal with the situation.