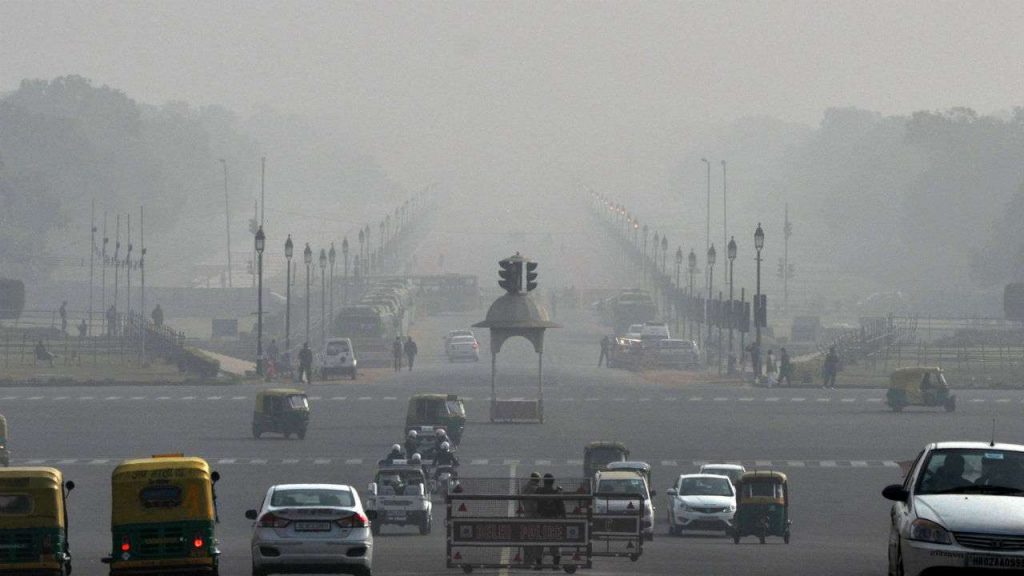 The air quality of the capital city, Delhi, has always been a controversial topic. Last year, the Air Quality Index (AQI) recorded in Delhi was extremely harmful due to the stubble burning by the farmers in the nearby region. The air quality becomes worse, especially during the festive season. The government had introduced specific measures such as the odd-even, the prohibition of burning crackers, etc. to control the situation. This year, because of the lockdown imposed to curb the spread of coronavirus, the air quality in Delhi had improved significantly as many industrial activities were on a standstill.

On Tuesday, the air quality in the Delhi- NCR (National Capital Region) was recorded to be “very poor”. It has dipped down the first time since the COVID-19 lockdown. This time the officials and government scientists indicated that stubble burning has little to no contribution in the low air quality in Delhi.

The Air Quality Index (AQI) was recorded to be very poor in multiple stations across Delhi on Tuesday, and it hit the 304-mark. The crop and stubble burning from the nearby region contributed less than 10% towards the same, and the share of local sources is anticipated to be predominant.

On Monday the AQI was 261, and on Sunday it was recorded to be 216. At 9:30 am on Tuesday, the AQI recorded was the worst since last recorded in February. Monitoring stations across Delhi recorded staggering PM levels. Currently, farm fires and stubble burning is not the reason for Delhi’s poor air quality. Still, the peak season of stubble burning is arriving soon, which will subsequently contribute more towards Delhi’s air pollution.

Government scientists and other researchers also noted that local sources are dominant in creating air pollution in Delhi currently. After the removal of various lockdown restrictions in unlock 5.0, many industries, factories, cars, etc. have started operating again, leading towards a sudden rise in pollution.

The other reason, according to the SAFAR (System of Air Quality and Weather Forecasting And Research) for the sudden rise in air pollution is due to an unusual weather phenomenon. The unprecedented situation is prevalent, in which the reversal of the strong surface level is causing the air pollutants to be trapped closer to the ground. There is also a sudden tranquility in the surface winds which is, in turn, causing the contaminants to be accumulated in Delhi. This situation would further deteriorate once the stubble burning season is in its full swing.

The scientists also said that usually two models are assessed for calculating the AQI of Delhi, which includes farm fires and local sources. In the present scenario, farm fires are adding very less, possibly below 10%, for the same.

At this point, taking precautionary measures is advised, and those suffering from breathing ailments such as asthma, are advised to stay at home. Breathing difficulty is also a symptom of COVID-19, hence wearing a mask, staying indoors and avoiding public and confined places is the safest option.