Skip to content
News:
Strategies For Tackling Homework
Importance of Online Classes
How To Help Students To Be Independent Learners
Ecole Globale > Blog > What is Histrionic Personality Disorder? 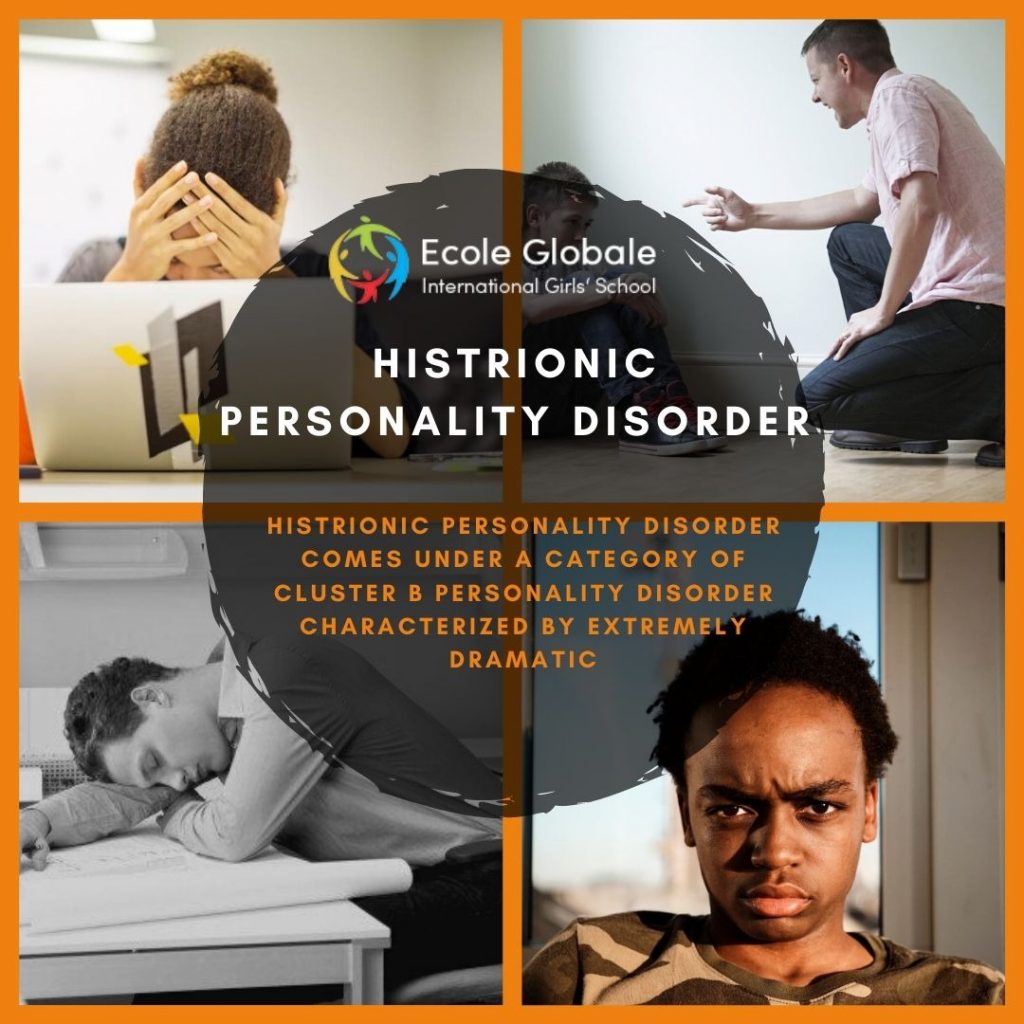 Histrionic, in simple terms, means dramatic or theatrical. Histrionic personality disorder comes under a category of cluster B personality disorder characterized by extremely dramatic, over-emotional, or overthinking with unpredictable behavior. People having histrionic personality disorder go through unstable emotions and have a distorted self-image. Rather than believing in themselves, they are more concerned about what others think about them. They do not trust their instincts and do not know their self-worth; they are more focused on having the right image in front of other people. They have an unsatisfied desire to be liked by people and to be noticed in a group, and often act up when they are seen. They always want to be the center of attraction in every situation.

The disorder is more common in women and is usually seen in early adulthood. People having this problem generally have excellent social skills, but they typically tend to misuse these skills to manipulate others to get the attention of everyone.

The specific reason for a histrionic personality disorder is not discovered yet. Some of the mental health professionals believe that it results due to both learned and inherited traits from their surroundings and parents. Some of the examples of causes are

If no physical illness is found, then the person is referred to a psychiatrist or psychologist who is trained for treating mental illness. Psychologists or psychiatrists use specially designed tools and evaluation tests to determine the extent of personality disorder in the person.

People with mental illness do not think that they need any treatment. They exaggerate their feelings and do not like to follow a routine. So it becomes hard for them to develop a medical treatment plan. But if it is causing a problem in their daily lives so I guess they should take a step forward to treat their disorder. Generally, people do not think of mental illness as a significant disorder or something which needs to be addressed.

Psychotherapy or a type of counseling is recommended for people with Histrionic personality disorder. The goal of the treatment is to help the individual to face his fears and see the world from a positive perspective. To understand the feelings of others and stop stressing about any situation.

Medication might also help in such cases to prevent people from falling into depression or anxiety.