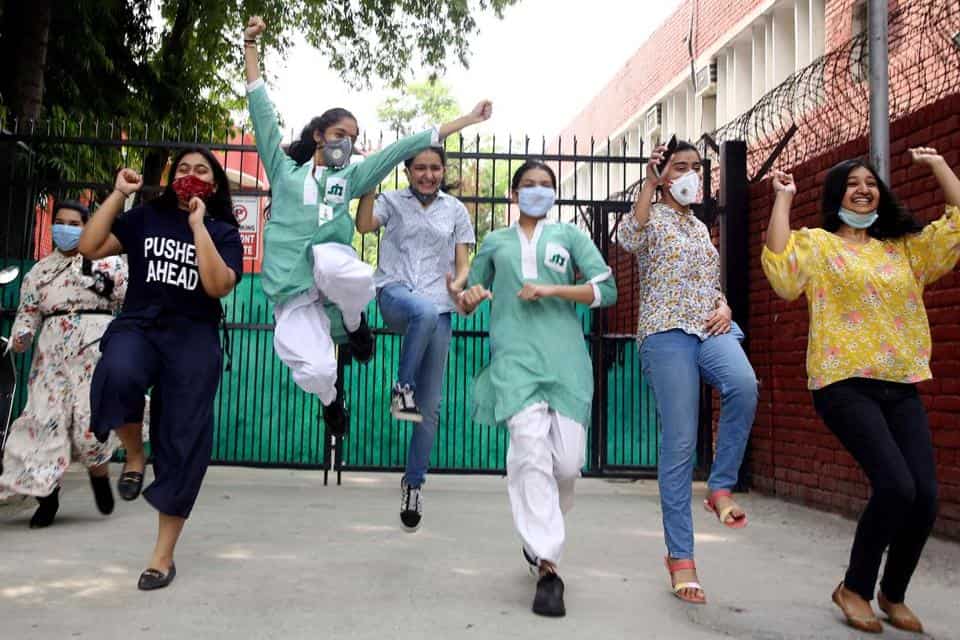 After massive speculations regarding the exam surrounding the COVID-19 situation in the country, the Joint Entrance Examination- MAIN (JEE) was conducted from 1st September 2020 to 6th September 2020. Strict social distancing measures and precautions were followed in the view of the coronavirus pandemic. Controlled entry, increase in the number of exam centres, sanitizers at the gates, distribution of masks were some of the crucial steps taken at the exam centers all across the country.

The result of the JEE-Main was announced on 11th September 2020, Friday. Twenty-four students from all over the country scored a 100 percentile in which eight toppers are from Telangana. Delhi came in second with five toppers. Four toppers from Rajasthan, two from Haryana and three from Andhra Pradesh were also included. One each from Maharashtra and Gujarat were included in this list of Hundred percentilers.

The JEE and NEET exam has been previously postponed twice due to COVID-19 and as per the latest schedule was set to be conducted on 1st to 6th September and 13th September respectively. The Joint Entrance Examination (JEE) is conducted for the students to take admission into the engineering courses offered by Indian Institutes of Technology (IITs), National Institute of Technology (NITs) and Centrally Funded Technical Institutions (CFTIs). The paper is conducted in two phases- JEE MAIN and JEE ADVANCE. The students who clear the JEE Main paper 1 and 2 are eligible for the JEE ADVANCE exam which is necessary for getting admission in the IITs. The top 2.45 lakh students would appear for the JEE Advance exam which is scheduled to take place on 27th September 2020.

This year, approximately 8.58 lakh candidates had applied for the JEE Main examination, but only 74% of the total appeared to give the exam.

Previously, students had filed a case against the National Testing agency for conducting the exams in such perilous times and had filed a petition in the Apex court for the postponement of the exam. The Supreme Court of India denied the pleas. The court had said that a valuable year of the students should not be lost and that life must always move on. This had caused a lot of outrage from the students, and their parents and a review petition was filed, which was also rejected by the court.

PRECAUTIONS FOLLOWED IN THE JEE EXAM

In the stride to maintain the security of the students and prevent any COVID-19 infection, the number of examination centres was increased, and all the necessary precautions were followed. Controlled entry and exit of the students was maintained.