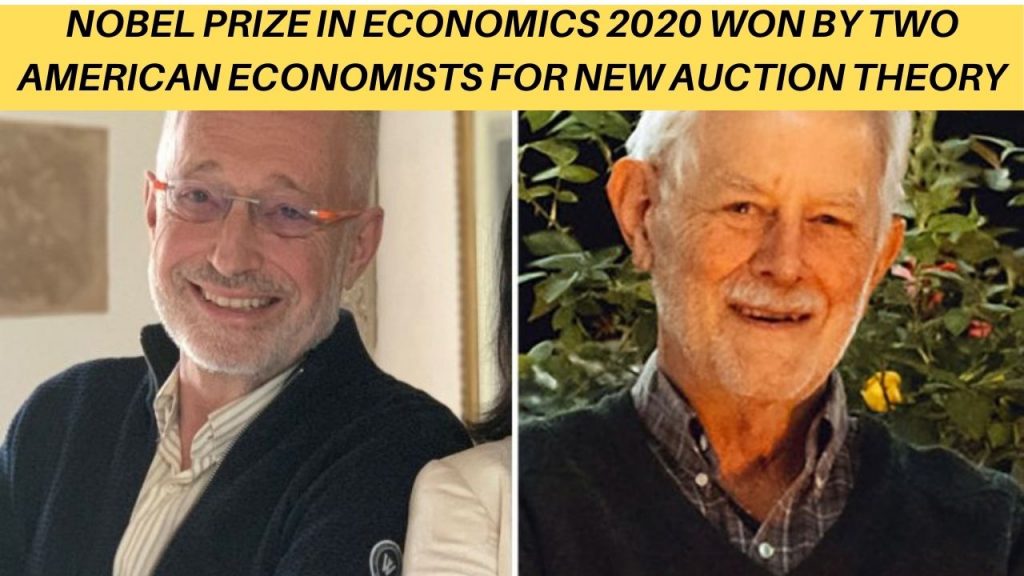 On Monday, 12th October 2020, Paul R. Milgrom and Robert B. Wilson bagged the Nobel Prize in Economics, 2020. They received the award for the improvements in the existing auction theory and introducing new inventions of the new auction format.

The committee highlighted the importance of auctions, stating that these influence our everyday life to a considerable extent. They added that the new auction theory and format given by the Economic Science Laureates would benefit the buyers, sellers and even taxpayers globally.

The Sveriges Riksbank Prize in Economic Sciences was established in 1969 in the memory of Alfred Nobel. The award has been presented to different people 52 times to date and is considered to be one of the significant Nobel prizes. The maximum recipients of the award are from the United States of America with 57 Economic laureates winners. The award comes with a $1.1 Million ransom and a gold medal.

The committee went on to explain the accomplishments of Paul R. Milgrom and Robert Wilson. Wilson’s work indicated the reason behind rational bidders placing a lower bid, below their best-estimated common value. The bidders are mostly concerned by the fact that they might overpay and lose in the deal, also known as the winner’s curse. Milgrom, on the other hand, came up with a more general theory that allows common values as well as private values which variate from bidder to bidder. The two laureates not only explained how auctions work and explained their shortcomings but also gave a new auction format for sale of goods and services which will potentially help the bidders, sellers and buyers worldwide.

HOW WILSON INFORMED ABOUT THE AWARD TO MILGROM

An endearing clip was tweeted by the Stanford University that showed Robert Wilson, 83, ringing the doorbell of his 72-year-old Nobel Prize partner, Paul Milgrom at 2:15 am to announce that he had won the award. The Nobel committee was unable to reach Paul, so Robert went to his house to break this incredible news. Both of them live in the same street and are professors at Stanford University. The video has been shared, liked and retweeted by thousands of people. The two professors were delighted by the news.

Born on 20th April 1948 in Detroit, Michigan, Paul R. Milgrom is an American Economist. He completed his BA from the University of Michigan and later went to Stanford to receive a degree in MS and PhD.