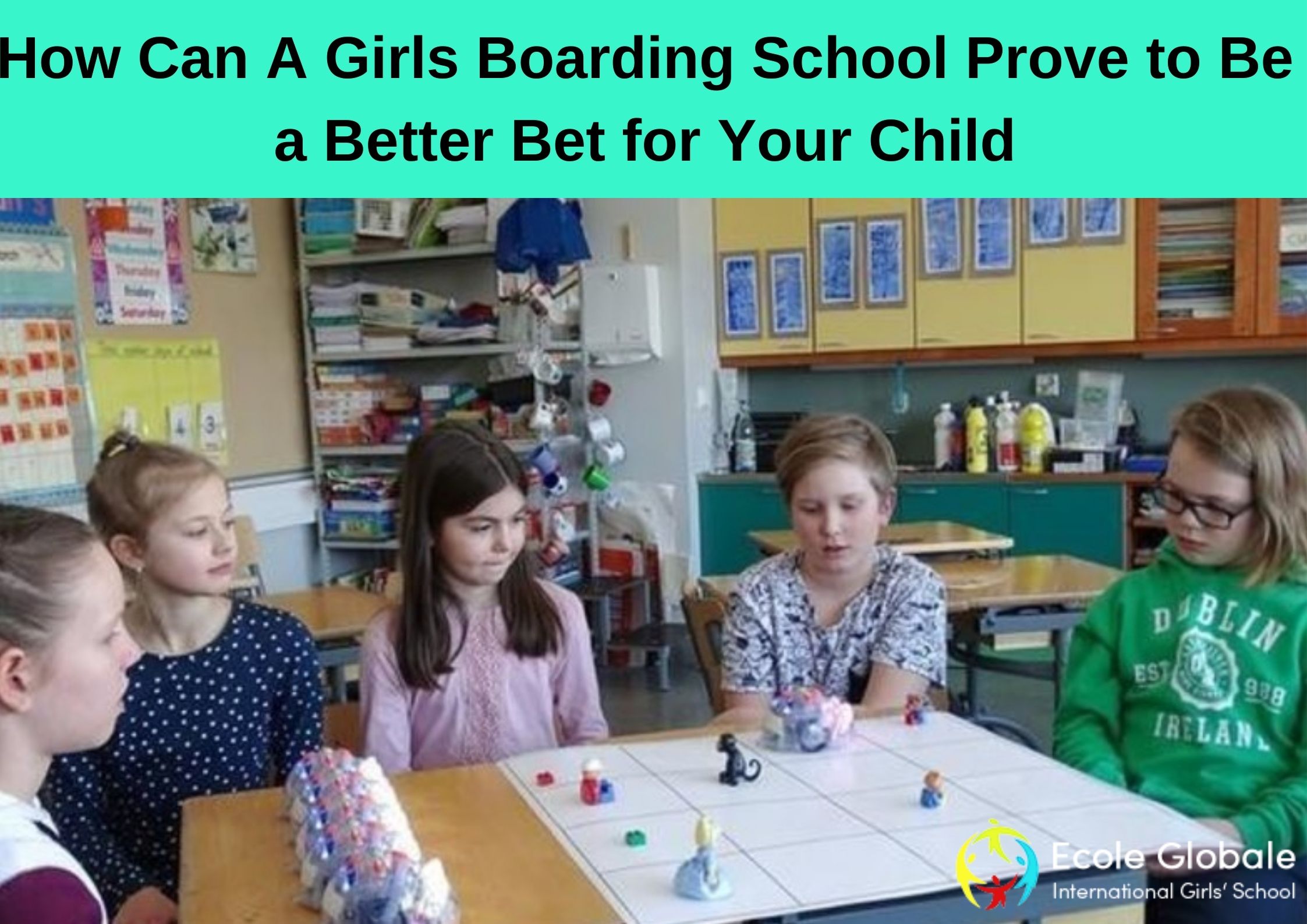 A growing collection of evidence demonstrates that males and females learn in different ways. If this is the case, rather than enrolling your girl in a coed school, you may consider enrolling her in a female school.

Here are a few things to think about

1. There will be fewer distractions for her

In a girls’ boarding school, the societal static and inherent diversions that arise when teenage males and girls are mixed in a coeducational classroom do not exist. It is possible to deconstruct societal assumptions and preconceptions. There will also be time later for the diversions provided by individuals of the other sex. With fewer interruptions, a girl may concentrate on becoming herself, discovering who she is, discovering different worlds, thinking styles, and much more. She has a lot of leeway when it comes to thinking outside the box. That is, in fact, a positive thing.

At an early age, females and boys frequently detest being in the same room. Whenever the teams are mixed, they have difficulty coordinating their efforts and forming positive relationships with one another. As a result, they do not have this challenge at an all-girls institution and may develop a more collaborative environment. This also improves their productivity and yields better outcomes.

3. Teachers that have been educated to teach women would be beneficial to her

Instructors are hired for a girls’ institution since they agree with this type of education. They are aware of how girls learn. They give the type of care and support that a girl requires to achieve her full potential. They present and identify female role models who inspire and motivate females.

4. A focused educational and communal atmosphere will be beneficial to her

It streamlines the management and structure of an institution when it does not have to serve both genders. The only emphasis is on the interests and activities of females. There will be no more confusing instructions and indications on the playing area or in the pupil locker room.

5. Her professional ambitions will no longer be stifled or thwarted

In this nation, women in power are still something of a rarity. Women who have risen to the ultimate level of the corporate rung of the ladder are rare. Girls in academics have had a little greater success than females in other fields. We could go on and on about how females have made strides in many fields and occupations. Consider how differently our society would be if there were more women in the power of all of these activities. Women’s rational and analytical talents would be a welcome change from all of those years of obstinate, egomaniacal guys who already have done a poor job of running the country.

Girls must be informed and persuaded that they can lead. They might be presidents of universities or even the presidents of India. This is something that happens in girls’ institutions. In a girls’ school context, her job goals would no longer be constrained or hindered.

We typically feel more at ease when we’re around folks of our gender. We can better comprehend and empathise with each other’s issues. In addition, social issues are mostly ignored. In a comparable sex situation, girls might disclose more and chat more frankly. Each other’s problems are handled more positively and cooperatively.

7. There are no inconsistencies

There are differences in a co-ed school. The talents of both sexes to perform are vastly varied. Boys are seen to be attentive in math and science, while women dominate certain areas such as language and the arts. Inside a single-sex classroom, such disparities in achievement are reduced significantly since children are exposed to new courses with much the same camphor and chances.

8. Better alleviation in the following situations

A girl’s first menstrual period is a highly uncertain scenario. If she attends a boarding school, the girl will be able to receive more assistance in this situation. In a co-ed environment, it might be awkward, and a female may be hesitant to seek aid. Such situations can be handled more easily at an all-girls residential school.

9. “When females attend single-gender schools, they cease to be spectators and become participants

This is a simple truth, and among the most convincing arguments for females attending a single-gender school. Why do you want your child to be docile and uninterested? It would be far wise to offer her the bravery and experience she needs in high school so she can tackle the difficulties ahead with calm and confidence. This is the age of ‘can-do’ people. Give her the knowledge she needs to develop her management and other skills.

What are some of the best CBSE schools in Noida?

HOW INTERNATIONAL SCHOOLS HELPS IN ENHANCING THE PERSONALITY OF STUDENT