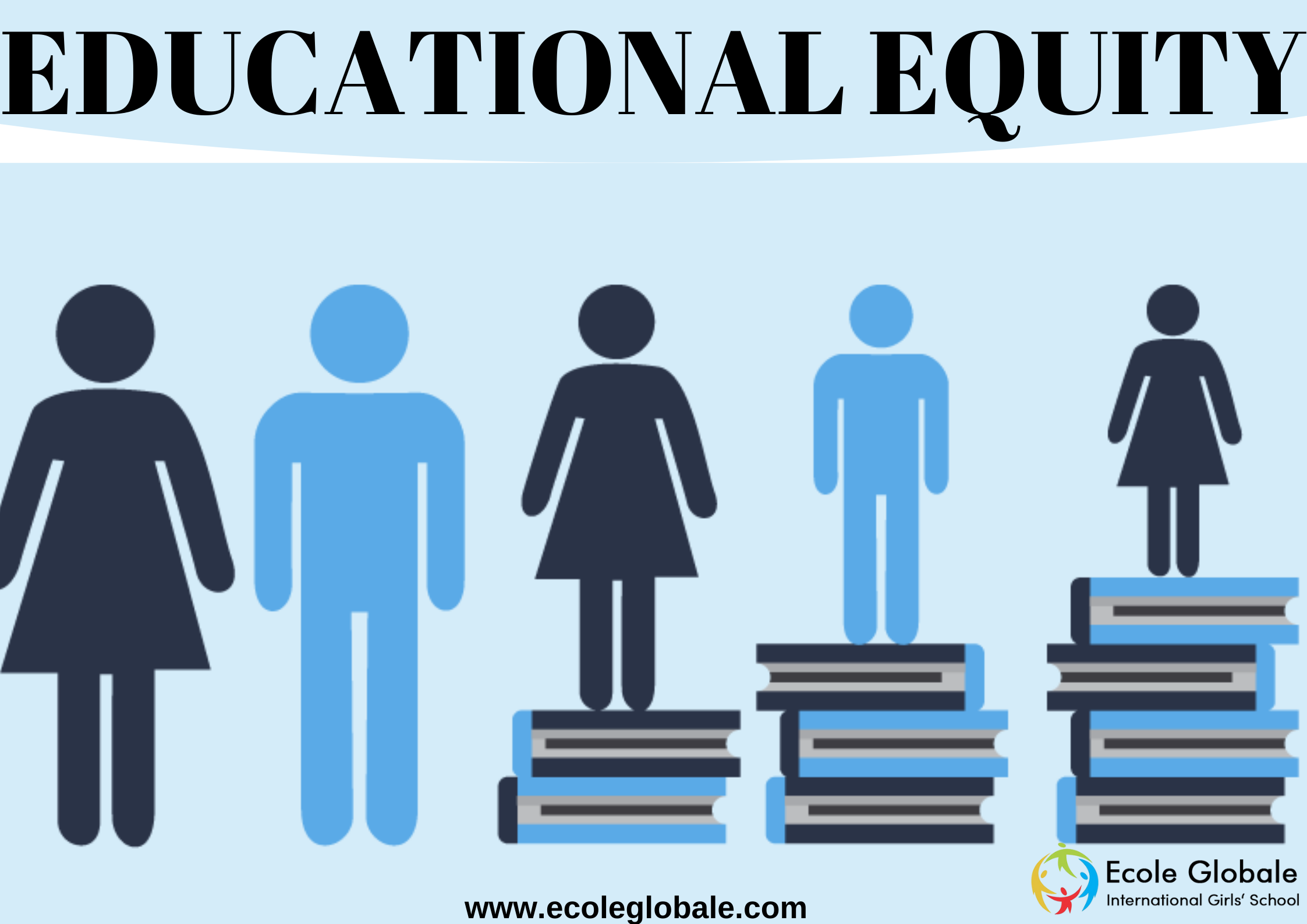 When every kid receives the resources needed to learn the fundamental work skills of reading, writing, and elementary arithmetic, this is referred to as equity in education. It evaluates educational performance in society based on the outcomes rather than the money invested.

The continuous public health and economic crises have exacerbated the difficulty of establishing educational parity. Schools were closed in many locations. Because many low-income families lack the WiFi connections or computer equipment required for long-distance schooling, racial inequities have widened. As a result, according to a McKinsey study, pupils of color are three to five months behind in math, while white students are one to three months behind.

Education inequity hinders economic growth just as much as recessions do. Students who do not have access to the educational materials they require will not be able to function at their best. They do not earn as much, are unable to accumulate wealth, and hence are unable to send their children to decent schools in India. This perpetuates a cycle of structural inequality that harms the entire society.

EDUCATIONAL EQUITY: WHAT DOES IT MEAN?

Educational equity refers to the educational system providing each student with the resources he or she requires to function at a satisfactory level. According to the Organisation for Economic Cooperation and Development (OECD), educational equity includes two linked elements.

It entails ensuring that personal and social factors do not stand in the way of accomplishing educational goals. Discrimination based on gender, ethnic origin, or socioeconomic status is prohibited.

It assures that everyone receives a basic education. Everyone, for example, should be able to read, write, and perform basic arithmetic. If any pupils require additional assistance to get there, they should be given it.

Even if every school district receives the same amount of funds, some students may not be able to acquire the same level of proficiency. Although equality is preferable to discrimination, it may not be sufficient to provide equity.

INEQUITY IN EDUCATION AND ITS CONSEQUENCES

For economic mobility, educational equity is required. Without it, the economy will suffer from a disparity in achievement between social groups. Because some students are not prepared to reach their full potential as workers, there is income disparity, which leads to a wealth gap.

Parents in lower socioeconomic tiers cannot afford to send their children to the same pricey, high-quality schools as those in higher socioeconomic tiers. This adds to structural inequality, in which institutions exacerbate inequality. As a result of educational disparity, a society’s lower-income tiers lose their income and economic output potential. Everyone’s economic progress is slowed as a result of this.

Inequity in education has caused an attainment gap between races in the United States. According to the research firm Brookings, Black and Latinx children scored much lower on standardized examinations than White students.

McKinsey discovered in a previous analysis that the achievement gap created by educational injustice has cost the US economy more than all recessions since the 1970s. According to McKinsey, the United States’ gross domestic product would have been $525 billion greater in 2008 if there had been no performance gap between 1998 and 2008. Similarly, over the same time span, if low-income children had the same educational attainment as their richer peers, they would have contributed $670 billion to GDP.

Inequity in education has exacerbated income disparities in the United States. Workers with a college diploma earn 84 percent more than those with only a high school diploma over the course of their careers. 6 Those with a master’s degree or more, on the other hand, earn 131 percent more than high school grads. Despite this evident economic benefit, just around half of Americans aged 25 to 34 have at least a bachelor’s degree. Ten other countries are ranked higher, including Korea, Russia, and Canada.

One factor is that higher education in the United States is so expensive. According to the College Board, a year at a public state school costs in-state students $10,560 and out-of-state students $27,020. Meanwhile, private non-profit education costs $37,650 per year. According to the OECD, the United States spends $30,165 per student enrolled in tertiary educational institutions each year, second only to Luxembourg.

INEQUALITY IN THE STRUCTURE

Education inequity has also resulted in structural inequity. Students in low-income communities may obtain a lower-quality education than students in affluent places. According to Michigan State University (MSU) research, the school inequality gap is responsible for 37% of the cause for their inferior math scores. Poor children are forced to attend public schools, whereas wealthy children can afford to attend higher-quality private schools.

“The affluent are getting richer and the poor are going poorer in our society because of school variations in subject exposure for low- and high-income children,” said William Schmidt, an MSU professor of statistics and education, in the report. “It is a misconception that schools are the great equalizer, helping children overcome poverty inequalities.”

How do girls boarding schools in India contributes towards equality and women empowerment ?

My marvelous schooling journey in dehradun

Has The Pandemic Ushered in New Norms In Education?