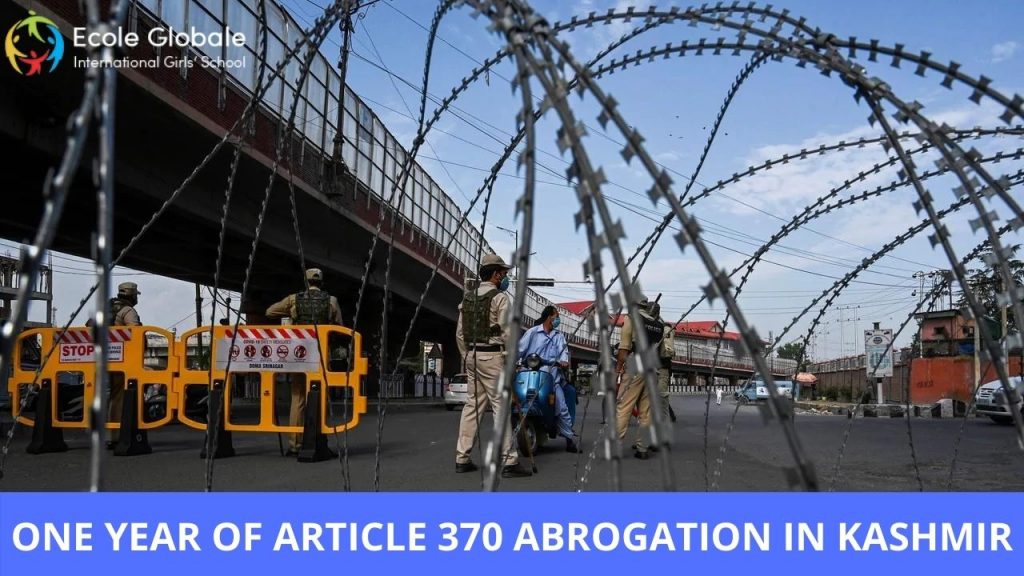 The new Lieutenant Governor (LG) of Jammu and Kashmir will be Manoj Sinha, a senior BJP leader and former Union Minister. He was appointed as the LG on Thursday after Girish Chandra Murmu resigned from the post. The resignation of GC Murmu was accepted by the President of India, Mr Ram Nath Kovind.

GC Murmu resigned from his post at the time of one-year completion of Article 370 abrogation. After the annulment of the special status given to the state, it was divided into two Union Territories- Jammu -Kashmir and Ladakh. Girish Chandra Murmu had taken the oath as the LG on October 31st 2019.

Girish Chandra Murmu has been appointed as the Comptroller and Auditor General (CAG) of India. The current CAG, Rajiv Mehrishi is set to complete his term this week.

WHO IS MANOJ SINHA?

Manoj Sinha is a prominent and well-known minister of the Bharatiya Janata Party. He was born on July 1st, 1959 and is currently 61 years old. He is a BJP leader from Uttar Pradesh and is revered for his contributions towards the upliftment and development of backward villages in eastern UP.

Manoj Sinha has been a prominent BJP National Council Member from 1989 to 1996. He was also a State Railway Minister and has independently supervised the Ministry of Communication.

WHO IS GIRISH CHANDRA MURMU?

GC Murmu is a 1985-batch IAS officer from the Gujarat cadre and was earlier appointed as the expenditure secretary in the Finance Ministry.

On Wednesday, GC Murmu resigned from his LG post in Jammu and Kashmir before the completion of the tenure. The reasons for his exit are still unclear, but sources indicate that he was not satisfied or happy with the “lack of accountability among civil servants”. He was concerned by the fact that the public servants were being brought under incoherent pressure to get the task done.

The centre abrogated the special status of Jammu and Kashmir about a year ago on August 5th 2019.

ONE YEAR OF THE REVOCATION OF KASHMIR’S SPECIAL STATUS

On August 5th 2019, the Government of India abrogated Article 370 in Jammu and Kashmir, limiting the autonomy of the state.

The government also proceeded to cut off all the communication lines in the Kashmir Valley, which is a part of the territorial dispute since 1947. Many Kashmiri politicians were taken into custody after the order was passed.

All these actions were deemed as necessary by the government in order to maintain peace in the valley. Access to several rights like the Right to Education and the Right to Information were also granted to the people.

The President of India, Ram Nath Kovind, passed an order under the jurisdictions of Article 370. This order overrode the prevailing 1954 Presidential Order and the annulment lead to the nullification of all the autonomy and special status granted to the state.

A Reorganisation Bill was also introduced in the parliament by the Home Minister Mr Amit Shah which sought to divide the state into two Union Territories- Ladakh and Jammu-Kashmir.

Article 370 was implemented on October 17th 1949 as a “temporary provision” which assigned special status and powers to the state of Jammu and Kashmir. It allowed the state to have its own constitution.

The issue was a highly debated topic, and the decision of the government was opposed by many like the Indian National Congress, Jammu and Kashmir National Conference, etc. The Buddhist community in the Ladakh region extended their support for the decision.

The BJP Sarpanch Sajjad Ahmad was fired upon by the terrorist outside his residence on Thursday morning. He was rushed to the hospital but was declared brought dead. The incident took place in Qazigund area in the Kulgam district of Jammu and Kashmir.