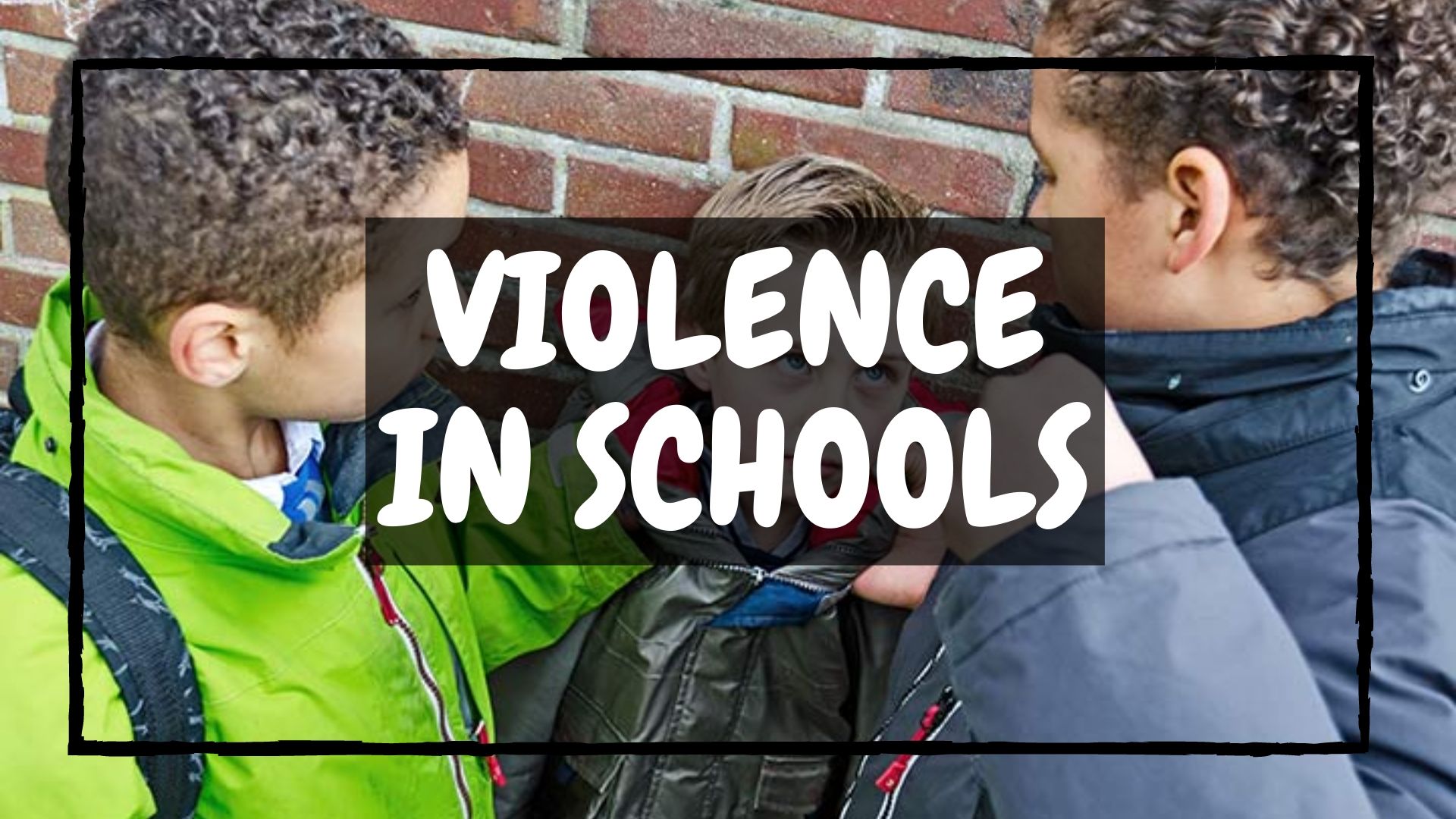 Violence is a word that generates a very negative impression in the minds of people. It is an act of using physical force or other extreme measures on others to cause harm, hurt or damage. Violence is connected to the hatred and deterioration of other human beings. Violence in any form is not considered suitable for the society and is highly condemned.

Violence in schools is a serious issue. School violence includes bullying, threatening and beating, punishments, physical harm to the classmates or the school property, verbal abuses, psychological degradation, sexual harassment, cyberbullying and carrying any lethal weaponry. In the past few years, violence in schools has become a critical problem, especially in countries like the USA, where the procurement process of a gun or a knife is not a difficult task. The violence in schools can be directed towards other student or even a group of students and the staff members.

Violence in schools can be present in various forms. A majority of students gets affected by violence which can be inflicted by the peers and also by the teachers. This problem is not very rare and can be found in various parts of the country. Here are a few common types of violent practices that are prevalent in the schooling scenario:-

Bullying and ragging is a practice of inflicting one’s dominance on the other person. Usually, this happens when there is a difference in the social stature of the people. A unbalance of the power gets established, and the more influential person generally resorts to a perpetual negative behaviour to assert his/ her significance. Bullying or ragging is also practised to make the other students obey the demands of the seniors of the class bully. Bullying can happen in several forms such as:-

This is in the form of fights, beatings, attacks, hitting, kicking, pushing, shoving etc. Forcefully making others do certain things, stealing or taking away other’s belongings can also be considered as a form of physical violence.

Insults and mockery can be considered as a form of verbal abuse. Psychological bullying is inflicted as emotional abuse, sometimes personal, through words and also by spreading irrelevant rumours about a person. Social exclusion and isolation can also have some adverse effects on the mental state of a person.

Any sexual advances that are made intentionally in the form of an inappropriate touch or a forced sexual behaviour can be termed as sexual harassment. Making sexual puns and gestures is also a part of sexual bullying.

Online bullying has become a widespread practice in the present times. Intendedly trolling someone online and defaming a person by sharing some sensitive and personal information in the social media platforms is an extreme and significant form of cyberbullying. Calling and sending inappropriate messages to a person and spreading some nasty rumours online against a person is a cyberbullying.

5- INSULTS AND BEATINGS BY THE TEACHERS

Sometimes teachers tend to threaten and beat the students. This can also be considered a form of violence as the situation can become worse in certain circumstances.

School violence usually leads to adverse effects on students. The results can be psychological as the student may face fear, anxiety and anticipation. Many students may also fall prey to depression, become anti-social and suffer from mental trauma. Physical violence may hurt a student causing injuries and may also lead to the loss and damage of the school property. School is supposed to be a safe place where learning should be promoted through a positive and enhancing environment. Hence, the violent and aggressive activities need to be routinely checked in the schools.

Violence is a serious issue and should be checked routinely. Here are a few measures that can be taken to subdue the various types of violent practices in schools:-

School violence is one of the most degrading forms activities that take place in the schools and should be dealt with significant consideration.

What is the Boarding school life

A Secure and Pollution free Environment for Girl’s