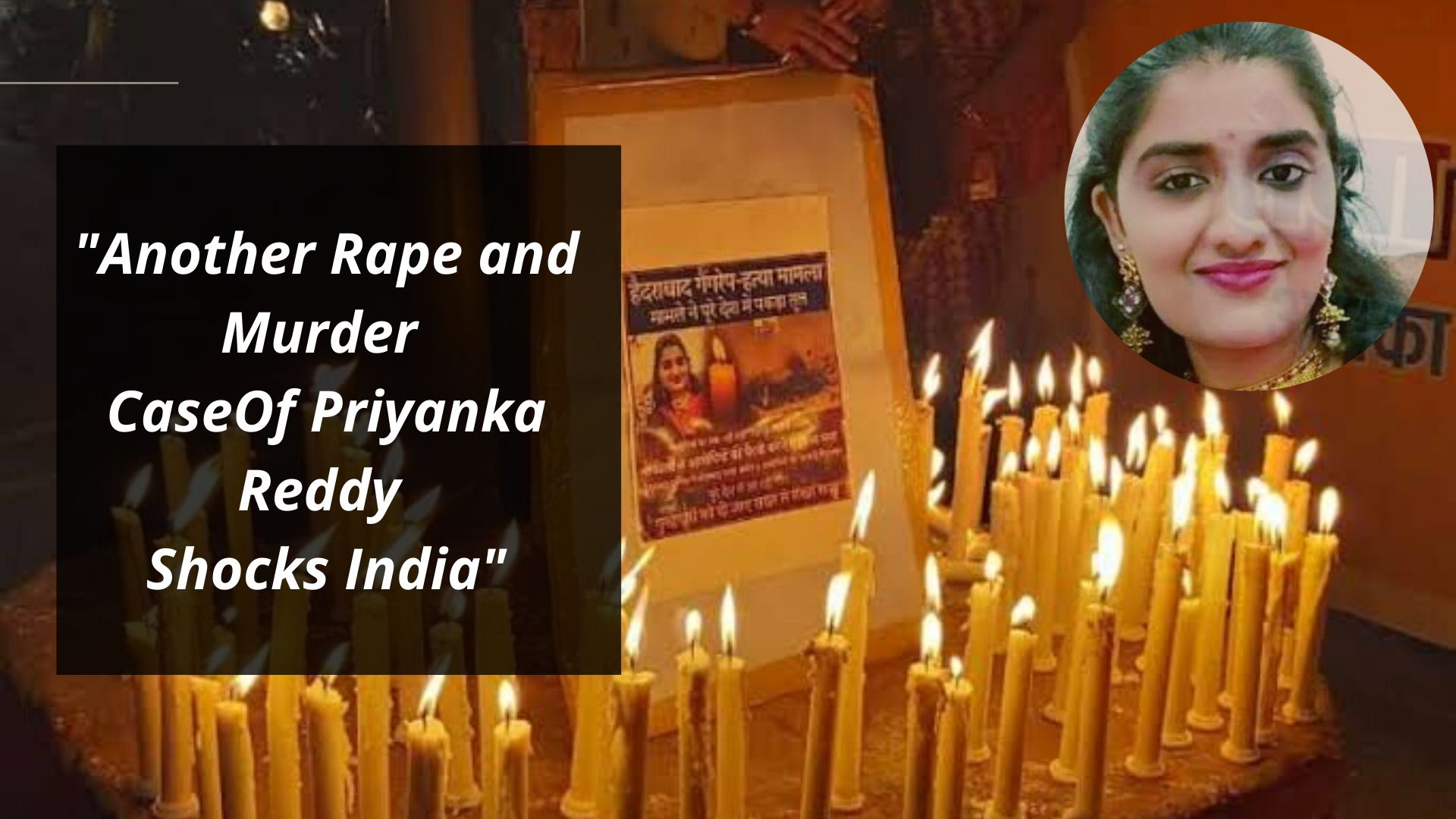 Another shocking incident of rape and murder took place on November 27, 2019 (Wednesday) in Hyderabad, as it looks like India is not at all safest place for girls and women. The cases of child abuse, rape, and murder are increasing year after year. The reason behind this is that the Indian government is not taking any strict action against the accused, making them more confident.

The 26- year old Priyanka Reddy went missing on Wednesday night and was found dead and charred under Chatanpalli bridge in Shadnagar in the outskirts of Hyderabad on Thursday morning. She worked as a veterinarian doctor in Kolluru village.

A young veterinarian doctor Priyanka Reddy belongs from Shamshabad (Hyderabad) left her home around 5:30 PM on Wednesday for some clinic work, parked her scooter at Tondupall toll plaza and hired a cab to reach to a private hospital at Gachibowli. Accused saw Priyanka while parking her scooter and made a proper plan to rape her. According to the Police, she returned to the parking area around 9:00 PM and saw that her rear wheel of the scooter was punctured.

According to the CCTV footage, two men offered her help in fixing the punctured vehicle and they took her scooter for getting it fixed. Both of them returned after a short period and claimed that all nearby repair shops were closed and they helped her by taking it to another shop, according to the Police. She was waiting for them at an isolated place where some trucks, Lorries were parked.

Priyanka called her sister Bhavya on November 27 at around 9:15 PM on discussing what happened to her and said that two unknown persons offered her help in fixing two-wheeler. During the communication, she said some lorry drivers were sitting there in their lorries, though she was not feeling safe and secure. Her sister gives her advice you stand near the toll plaza and be safe, leave your scooter there and take a cab if it is possible, Bhavya, victim younger sister told Police.

Priyanka disconnected the call and promise her sister that she will call her soon. When Bhavya was trying to call Priyanka around 9:44 PM she observed that her phone was switched off.

After waiting for some period, her family and sister went to the toll plaza to search Priyanka, and they searched her at all surrounding areas of the toll plaza, but she wasn’t anywhere. Around 11:00 PM, they filed a missing complaint at Shamshabad police station which is near the toll plaza. The Police had filed a complaint and started doing the investigation and the next morning on Thursday Priyanka’s charred body was found 25Km away from the toll plaza

Priyanka’s dead body was recognized by the necklace and clothes she was wearing on that day.

Prakash Reddy, DCP of Shamshabad police station said, “We are checking CCTV footage from the area”. The Police got the information about the burnt body on Thursday at 7:30 AM. Police investigated that she was doused with kerosene and then charred. The police team firmly believes that the Priyanka scooter was punctured intentionally.

The CCTV footage of the toll plaza has been viewed by Police to know about suspects. According to the CCTV footage, Police identified that four people are responsible for the Priyanka Reddy murder and rape case. The four accused persons are known with Mohammad Pasha aka Areef, (26, lorry driver); Jollu Shiva, (20, lorry driver) Jollu Naveen, (23, cleaner) and Chintakunta Chennakeshavulu (20, cleaner)

Cricketers, Bollywood actors, and actresses expressed grieve and disappointment about the brutal gang-rape and murder of a veterinarian doctor Priyanka Reddy in Telangana.

Read more about the Priyanka Reddy case and the Hyderabad Encounter.

This site uses Akismet to reduce spam. Learn how your comment data is processed.

AN AGITATED REACTION FROM THE MOTHER, AS THE NIRBHAYA CONVICTS EXECUTION, POSTPONES