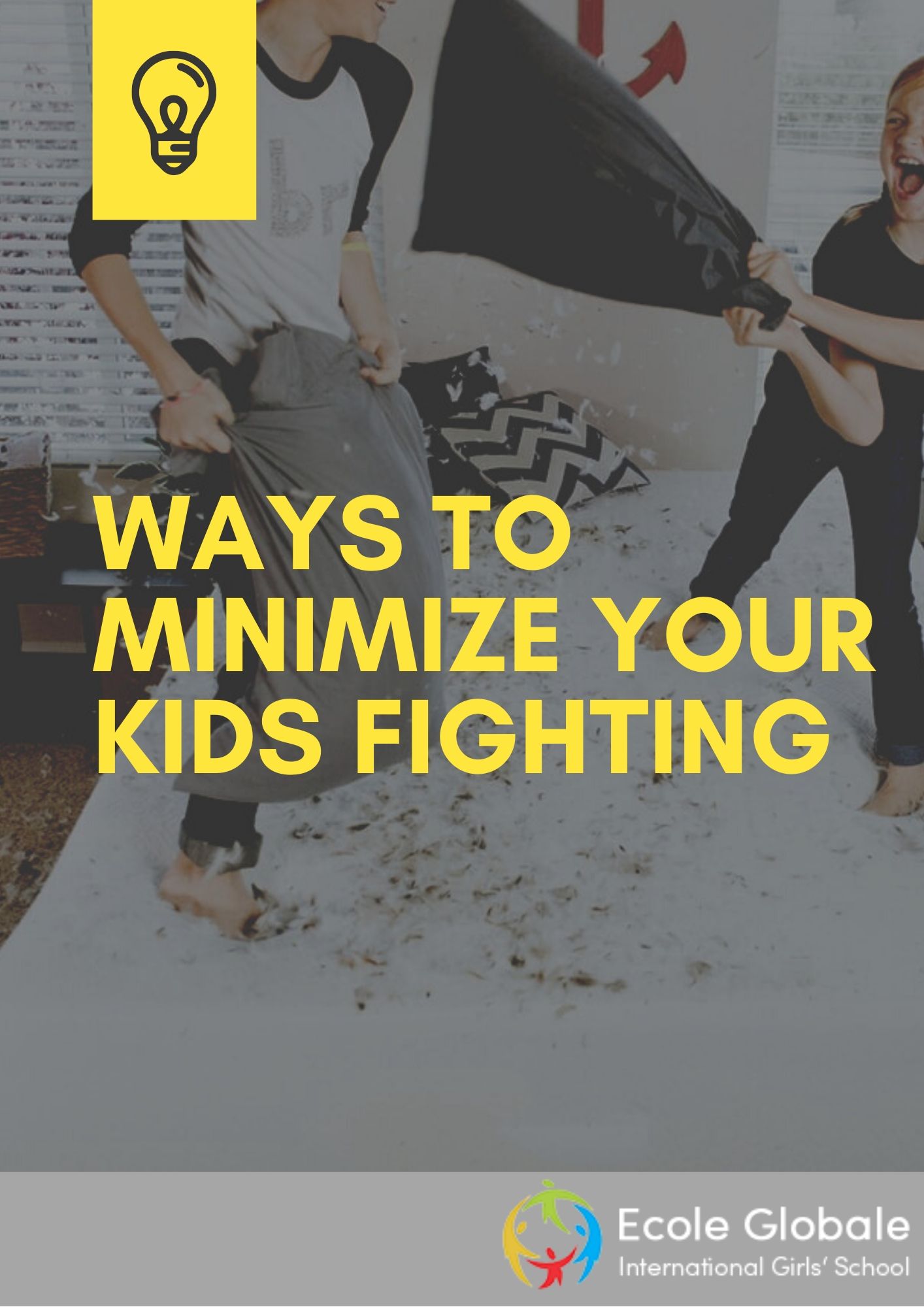 How to stop siblings from fighting

There are many reasons for which children fight with each other. It is very difficult for parents to decide when to intervene and take action. Sometimes the silliest reasons for kids fighting become friendship makers or breakers in children’s minds. There are various ways in which adults can minimize kids fighting, keeping in mind that having disagreements is a part of child development. Although boarding schools in India teach kids to behave in a good manner with their siblings as well as everyone, however, kids are always not in control and sometimes end up messing with their siblings. International school have better standards and make the kids face the reality of the world, which helps them to be a better person and do not get evolve in useless fights.

What Parents can do to stop sibling fighting?

Following are some tips which might help parents when sibling are fighting:

Teaching the siblings the ways to Discuss Solutions and solving problems

It is crucial to set the ground rules of do’s and don’ts while resolving any issue. Even a small kid can easily understand the issues of fairness and no fighting so parents should discuss and teach them the ways to resolve the fights. There should be a big no to yelling, crying or hitting and children should be asked to bring some ideas and work upon them. This kind of problem-solving session will help the siblings to know what works the best.

It is important to give children a hint that good behaviors get them more attention than bad ones. To build positive behaviors, praise and positive reinforcement work wonders. Children should be paid lavish attention when caught doing something kind, positive or helpful, and their fights should be ignored.

Be a Positive Role Model

Kids are very good observers. Parents must set examples of expected behaviors at all times and serve as role models. When kids observe all this regularly among adults, they will ultimately stop fighting and bickering and will also learn how to cooperate and get along with others.

Be Calm Under Pressure

Self -control and staying calm under pressure are positive examples that can make siblings understand how to act and behave when they disagree with something or are mad or offended. Parents should teach their kids how to remain calm and solve the issue by telling about how they deal with situations that make them insane.

Pay Attention to How You React and Intervene

Punishments, like yelling, using angry words, embarrassing, etc., may provoke a child’s anger and make them act out more. This could escalate the child’s annoying behaviour, and kid fights may occur again.

Sometimes sibling‘s fights are meaningless, and thus they do not need adult intervention. Rather, they can work on it themselves and end it quickly. Some kids fight to seek attention as they think it is better to have negation attention rather than no attention. So adults should not let fight become a “centre stage” at home or any other place and ignore it. Thus fighting, in that case, becomes less of a reason to do.

One way to help kids resolve their fights on their own is to use and name one room in your house as a ‘fighting room’ and tell them to go there whenever they fight the next time and do not come out until it is resolved.

Treat Everyone the Same

Adults should treat everyone involved in the fight equally and never take any sides or punish differently, which sets the stage for labelling victims and bullies. Without any exceptions, punishment should be the same for kids. They should never try to investigate the fight like who started it, who escalated the issue, who said what, etc.  In boarding schools, each student is treated equally and with the same respect.

It is important for the children to know that they are special and are loved equally, despite how they act and how they make adults happy when they are at their best. Sometimes this can be done with just a hug. All the situations and reasons like “when kids are tired or hungry or when they had a bad day, etc.”, that lead to kids fight should be paid attention to and tried to be eliminated.

How To Create A Body Positive Classroom

HOW A ROOMMATE AFFECTS YOUR LIFE IN A GIRLS BOARDING SCHOOL