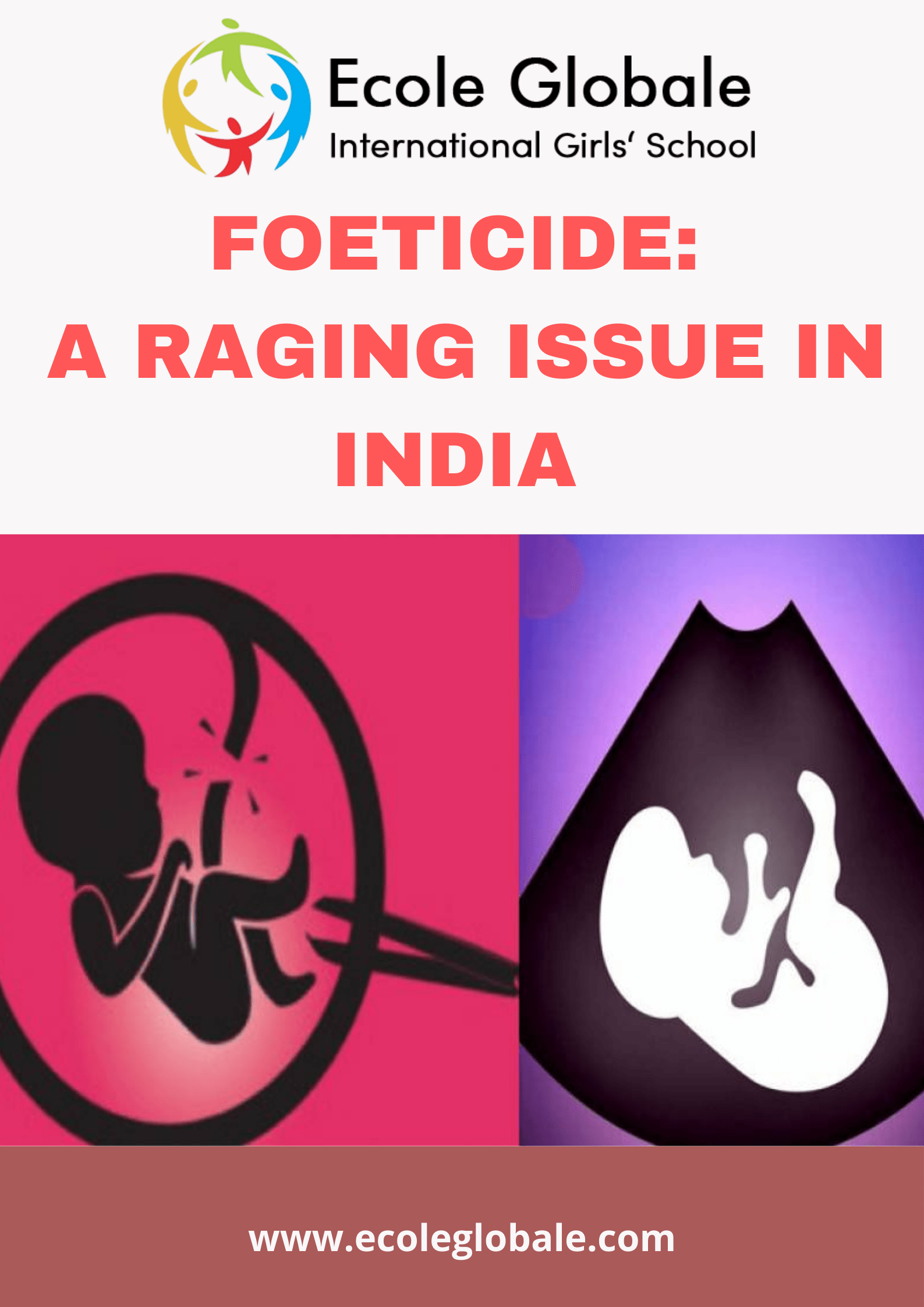 Sex ratio means the ratio of males to females in a region, state, country, or the whole world. A 1:1 sex ratio implies that the number of males and females in a particular area is the same, which is not entirely possible. But then having an extreme level of a gap is not good either.

Let’s have a look at the sex ratio history of India:

What do you think could be the reason for this?

The answer is the title of our article that brought you here, “Female Foeticide.”

Female foeticide is the illegal activity of identifying the sex/gender of a child that is yet to born in its pre-natal stage. In India, people identify the sex of a fetus, and when it appears to be a girl, they abort/terminate the fetus.

This pre-natal sex determination and sex-preferred birth practice is the biggest reason why the sex ratio of females is so low in India compared to that of 1:1.03 of the US. But there is another reason for this drastic inequality in the sex ratio of India with some fueling factors to our biggest one.

Reason apart from female foeticide for the low female ratio of India:

Female infanticide – another drastic step the superstition-filled and senseless humans take. Female infanticide refers to the same killing of females but after birth, leading a newborn child to forced death. Using poisoned milk or deliberately burying the newborn are examples of steps people take that are ultimately named female infanticide.

Reasons that fuel both female foeticide and female infanticide:

A beautiful example of the backward thinking of the people of India. A dowry is an act of giving money, land, property, gold, a cycle, radio, and anything possible that could be attached to a female’s value of life. In the most literal meaning for India, marriage is selling a girl to another family that accepts all the money but is still considered a well-known family in society. This burden of dowry comes to every parent, so they adopt the ideology of not having a girl child.

Gender inequality is a worldwide issue in desperate need of attention, and finally got some in the 21st century. After all the worldwide deprivation of women, killing of the female fetus, and female infanticide, the world is slowly establishing gender equality. But as I said, it is slowly getting established. Hence it still poses as a factor/cause to the female-related crimes.

There are many of them but let’s just confine ourselves to two for now, female foeticide and infanticide. There is the basic rooted ideology of males being better, the family supporter, the name sustainer, and less expensive, considering the dowry in females, which is why people prefer a boy, thereby leading themselves to the two criminal offenses.

The unquestionable myth of reaching heaven after death if a boy is conceived is another petrol to the natural beauty of human birth. And to let you know, this was an example of such a myth. There are a lot more present out there in the houses even today.

It refers to giving birth to only a particular gender of kids, males to be precise. This is another fueling factor to female foeticide. Uneducated and even some educated dunderheads have a sex-preferred desire for a child. Hence, they kill spree by destroying the female fetus after identifying it through pre-natal sex determination techniques.

One factor that can be completely put over the highly educated ones, the doctors. Identifying the sex of a baby in the pre-natal stage and further aborting it can only be done by a doctor, and although it is illegal to do what you just read, some doctors do it covertly for corruption.

Such were the criminal cases recorded in this offense of sex-identifying and aborting. The government had to pass an act, Pre-Conception and Pre-Natal Diagnostic Techniques (PCPNDT) Act, 1994, to curb it.

With an enacted amendment to it in 2003, the act strictly identifies pre-natal sex determination as a criminal offense and liable to punishment. Any individual conducting or helping to conduct such an act would amount to 3 years of jail term and up to 50,000 rupees of fine.

In the end, what you’re looking for is not here. The point of “lack of education” as a cause and the solutions to this problem are not in this article. Because the literacy rate of India has grown drastically from 40.76% in 1981 to 77.76% in 2020, but the cases of female foeticide and infanticide? Still growing.

People are getting knowledge about crime in schools, yet the problem continues to drag itself with us then. How could education be posed as a potential solution?

The ultimate solution would be gender equality, social awareness (teaching the society as a whole), and women empowerment. Because without looking at the stats, we can say that half the cases of female child-killing are caused by the females (mother, aunt, etc.) getting forced to perform it.

And finally, a more powerful law, its enforcement, and strict punishments that mark the offense level of these crimes are needed.

TYPES OF PARENTING STYLE AND THEIR EFFECT ON KIDS

Advantages of all girls boarding school over co-Ed schools