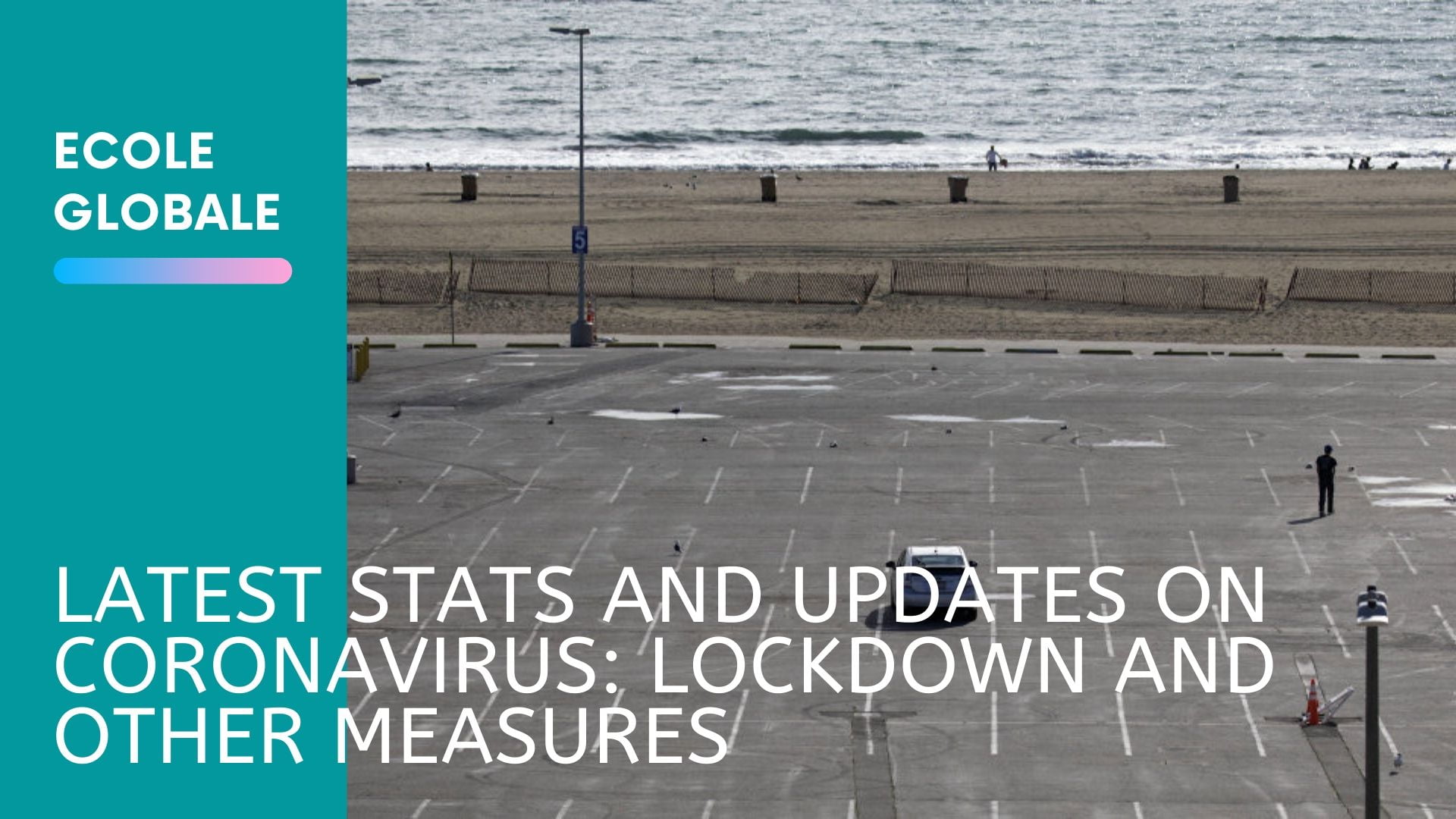 SITUATION AROUND THE GLOBE

COVID-19 cases worldwide have reached up to 381,739 and are nearing towards 400k. The global deaths due to the coronavirus have also reached 16,558 with more than 6000 deaths reported from Italy singularly. China, with the maximum number of cases in the world, has reported about 3277 deaths due to the novel coronavirus. After China and Italy, The United States of America has also published a staggering increase in the number of cases in the past week and today has more than 46,000 people suffering from the COVID-19 disease.

Maximum causalities have been recorded in Italy, followed by China and Spain. China, the epicentre of the pandemic, has now got the majority of the situation under control. Today, around 195 countries and territories are affected by the COVID-19 outbreak.

The World Health Organization (WHO) stated that the pandemic is accelerating. The stock markets are experiencing a massive plunge. The President of the USA in a two-hour briefing on Monday about the coronavirus outbreak is quoted to have said that the country “was not built to be shut down”. He instructed a lockdown to around 158 Americans and said that it would be a short lockdown as they will find out a possible way to get the people to work. He indicated that the after-effects of the situation could be worse than the pandemic itself. The Prime Minister of the United Kingdom Boris Johnson also issued an order banning a gathering of more than two people at one place. He also ordered all the non-essential businesses to shut down for the time being.

The main focus of every country during this time is to flatten the curve to better deal with the situation. A proposal by the U.S. Olympic and Paralympic Committee was made that called for the postpone of the 2020 summer Tokyo Olympics.

A significant concern amidst the pandemic outbreak is the effect on the economy and an economic crisis that will follow. Some speculations also suggest that the situation can be worse than the 2009 depression; hence the government needs to be prepared to tackle the condition.

On Monday, the highest number of cases were reported on a single day in India. About 99 fresh cases were reported on 23rd March 2020, taking the total tally of the country to 498. The cases have neared to 500 with about half the total cases reported in the past three days. The Health Ministry of India confirmed that there are about 468 cases of the Indian nationals and 40 cases are of foreigners.

So far, 35 patients have recovered and also discharged from hospitals. The total casualties in India also peaked up to 9 on Monday with two new deaths reported from West Bengal and Himachal Pradesh. Kerala has, and Maharashtra has also registered the highest number of new cases.

The Indian Council of Medical Research (ICMR) said that if the social distancing measures are followed strictly, the expected number of coronavirus cases will reduce significantly by 62%. Even the maximum number of instances would decrease by 89%. This would help in flattening the curve, and the medical staff and other officials will be better able to handle the situation.

Amidst the COVID-19 scare, the whole country is presently under lockdown. Previously only 80 districts in the states with the reported cases were under lockdown. Still, on Monday all the 30 states and Union Territories of India implemented the lockdown and curfew with section 144 imposed in several places. Around 606 districts of India out of the total 728 are under a complete lockdown.

Strict measures are implemented because of the possible damage that our country is susceptible to in this sensitive situation. All the schools in India, markets, gyms, cinemas, malls and other places of the public gathering are already shut down. Many states have also closed their borders, and the public vehicles have also stopped operating. Private cars are also banned. Only the essential services are exempted from the curfew.

On Sunday, during the Janta Curfew, several people came out to the streets in huge numbers at 5 pm to pay tribute to the workers. The govt condemned this move, and now they have implemented strict orders. Several people were seen on the street on Monday in several places, defying the lockdown. Because of this, the government of various states released an order that the people who will unfollow the curfew, will face strict action and may also be put behind bars.

Right now, India is on the 2nd phase of the virus spread, and all the action is being taken to avoid reaching the third stage, the community spread. With the population so vast, the shortage of beds and testing kits can cause a lot of problems. Therefore, all the possible measures to curb the spread of the virus is being practiced.

Pune schools, colleges to remain shut till Feb 28 due to Covid-19

Looking For A Good School For Your Girl? Go For Boarding School Dehradun