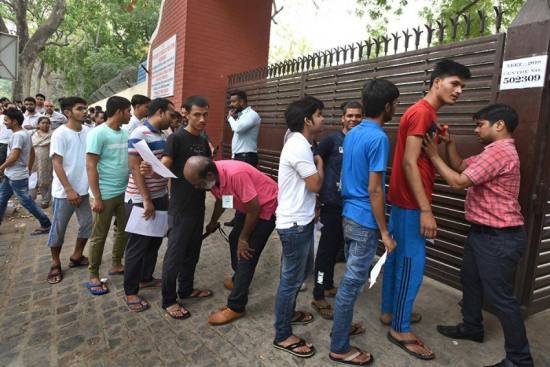 The NEET exam was conducted by the National Testing Agency (NTA) for over 15 lakh aspirants. The exam was originally scheduled for three may 2020 but was postponed to July 26 due to the pandemic and then the exam was finally conducted on September 13 2020. The exam was administered following the stringent guidelines of the COVID 19 pandemic. The number of centres was increased to 3843 from 2546 to maintain social distancing among the candidates. The number of candidates per room was also reduced to 12 as compared to earlier when 24 candidates used to give exams in one room.

Ramesh Pokhriyal, Union Education Minister of India, tweeted on Sunday that 85 to 90% students appeared in NEET exam as per the data given by NTA. And he thanked every Chief Minister for making proper management for conducting the NEET exam.

Amidst the pandemic, the exam was conducted successfully in various parts of the country.

REACTION OF STUDENTS AFTER THE EXAM

Vishal Kumar who gave his examination in Ranchi centre, said that the questions were of moderate level and mostly from the NCERT textbooks.

Pankaj Kumar who gave his examination in Ranchi Centre said that the questions were okay from all the three sections, biology was easy and physics was tough but doable.

Manisha Verma who gave her exam from Indore centre, said that the question paper was of moderate level and she found the questions of biology section easy and that of chemistry section a bit tough and tricky.

Shanya Rawle, the resident of Shajapur, said that the questions of physics were a bit lengthy and tough. After travelling a 100 km in the morning and getting tired she was not able to give her 100 % in the examination.

A first time NEET candidate, Satya Prakash Dey said that the questions were quite good. Biology was easier than other sections, and despite no medical coaching, he did well in NEET. The candidates were given new masks in the exam hall but wearing it for 3 hours was very difficult; many candidates discarded the masks during the exam.

MEASURES TAKEN AFTER THE EXAM