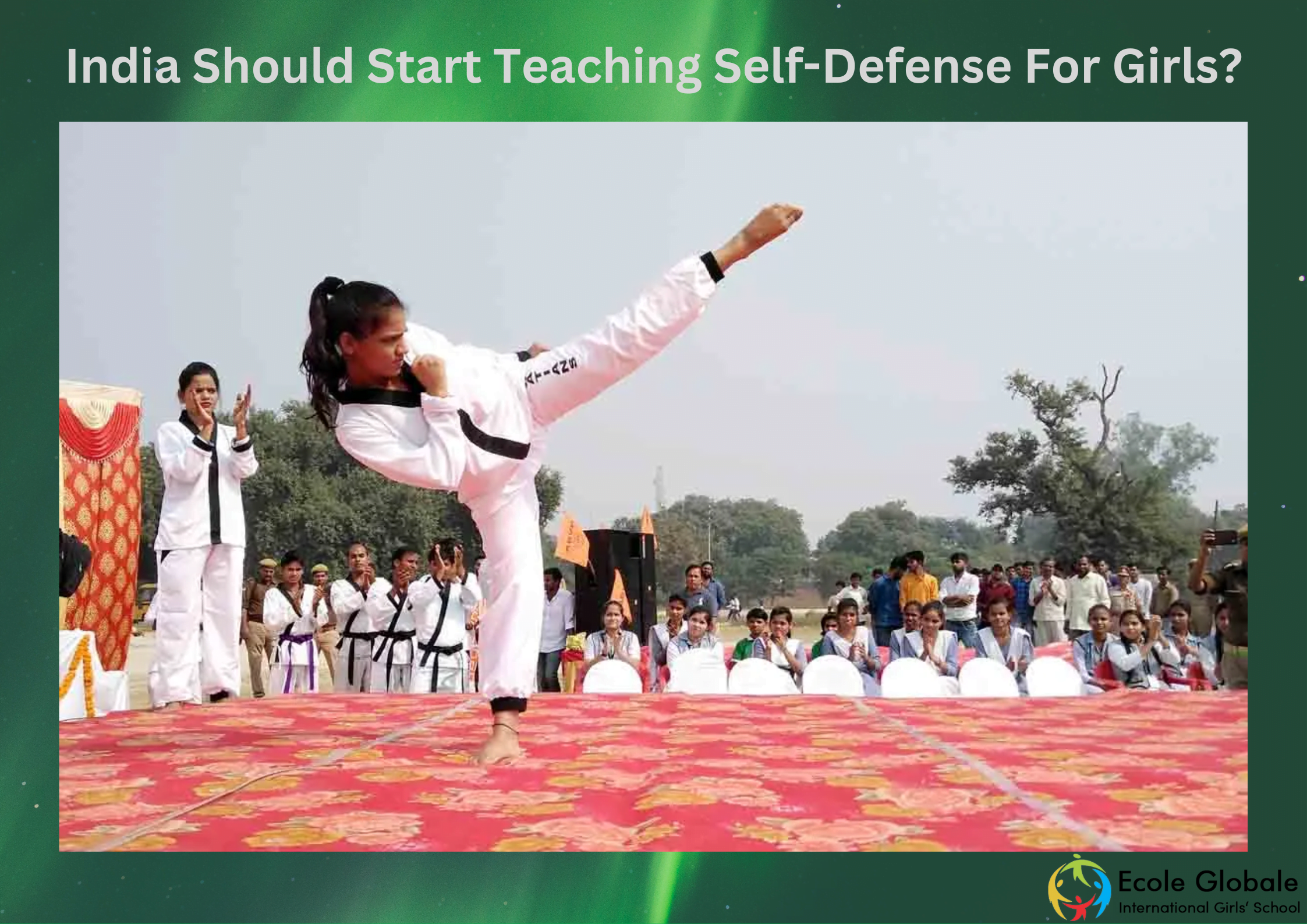 Hey! You! Do you think schools in India should start teaching self-defence to girls? What’s that? Are you unsure? If Indian women are to walk securely on the streets, it is time we teach self-defence to our girls.

Self-defence can give these girls the confidence to stand up for themselves and fight back against those who try to hurt them.

As per reserach conducted by Schools in Dehradun it can also teach them how to avoid getting into dangerous situations in the first place, which can help prevent future incidents from occurring.

We’ll tell you why self-defence is crucial for Indian girls and women.

Also Read : Why self defense tactics should be a part of educational curriculum

What Is The Problem? Girls in India don’t know how to defend themselves against sexual assault, which is a huge problem because it leaves them vulnerable and at risk of being attacked by someone else. What’s worse is when these girls get attacked, they’re often blamed for what happened to them instead of being supported by their community and loved ones.

The biggest issue is that women often find it difficult to defend themselves against attackers. This is because they do not know how to use a weapon or any other self-defence technique. To solve this problem, we need to start teaching girls how to fight back against their attackers and give them the confidence that they need to do so.

Women and girls in India are constantly at risk of sexual harassment and assault, but also face a lack of awareness about how to protect themselves.

The problem with sexual harassment and assault against women in India is that it’s not just happening on the street—it’s happening everywhere. According to a recent survey by The Thomson Reuters Foundation, India ranks as the fourth most dangerous country for women overall due to its high rates of sexual violence.

To make matters worse, nearly half (46%) of Indian girls aged 15-19 have experienced some form of harassment or abuse while walking alone after dark, according to a study by UNICEF.

So what can be done? First off, people must understand just how pervasive this issue is. While most people probably think they know what it looks like when someone is being sexually harassed or assaulted—it’s usually not hard to spot these things happening right before their eyes—they may not realise just how many other situations qualify as sexual harassment or assault.

Why Self-Defence In School? 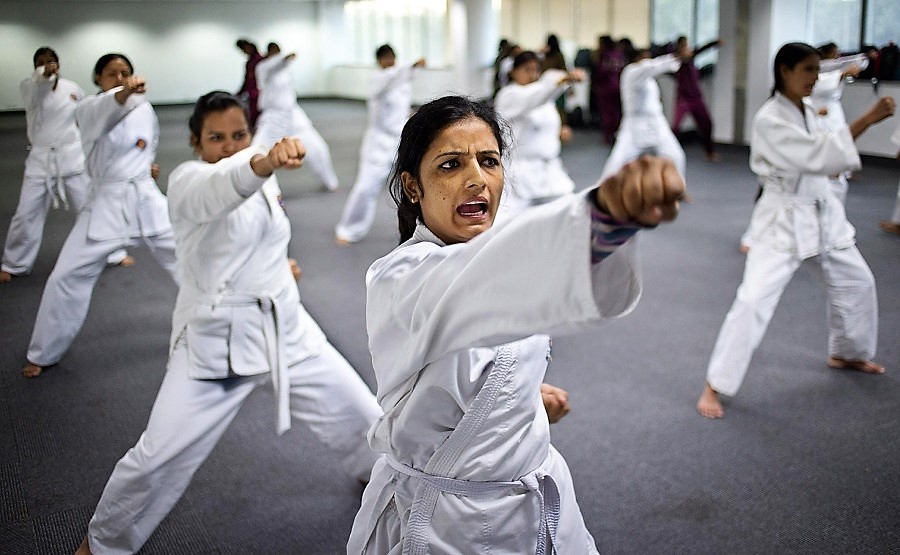 Self-defence is a skill that every human being should be able to use in their daily lives. There are many reasons why self-defence is needed in school, including the fact that bullying and violence can occur anywhere, and students need to know how to protect themselves.

Students should also learn self-defence because it will help them feel more confident about themselves and their abilities. This confidence can help them become more successful in life, whether they’re looking for a job or they want to develop relationships with other people.

Self-defence isn’t just about physical safety; it’s also about emotional safety. When you know how to defend yourself against bullies or attackers, you’ll feel more secure when you leave your home each day because you know that there are things you can do if someone tries to hurt you physically or emotionally.

It will teach students how to respond to an attack, which can save lives and limit trauma. There are always going to be people who want to hurt others, but that doesn’t mean we have to let them win. By learning self-defence, we empower ourselves and others around us with the knowledge of protecting ourselves against violence.

Reasons Why Teaching Self-Defense is Necessary At The School Level 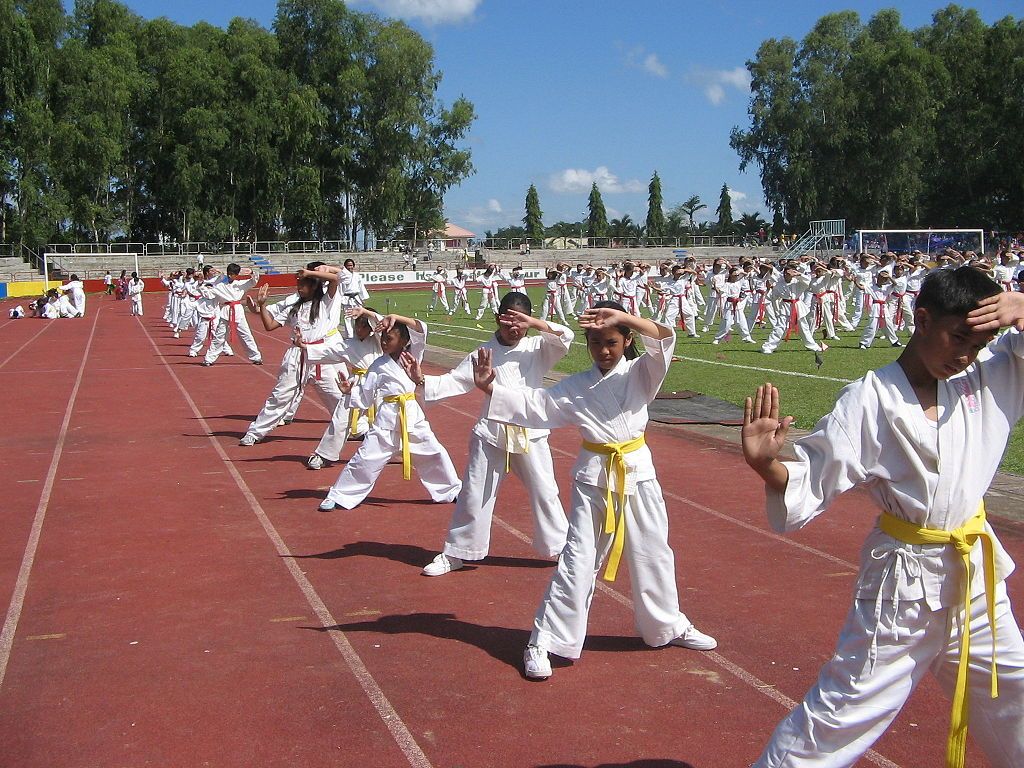 There are many reasons why people should pursue self-defence training, whether for one’s self or their children. Understanding exactly why this type of training is useful can make all the difference in whether or not you invest time and money on the matter. Here are some of the most important reasons.

Because Women Have To Learn To Protect Themselves Early On

Self-defence training is a necessity for women because they have to learn how to protect themselves early on. They need to do so because we all know that many dangers are lurking around every corner of this world and sometimes, we need all the help we can get. We cannot always depend on others to protect us from harm so we should get ourselves ready for anything that may come our way.

The best way for women to do this is by taking up self-defence classes. The skills that they will be taught during these classes will help them in many ways when it comes down to protecting themselves from any attacker or threat.

Because India Has The Fastest Growing Population Of Sexual Offenders

The reason that is so alarming is that more people are being convicted of sexual offences against children than ever before. The rate of conviction for these crimes is increasing at a rapid pace as well.

This is why teaching self-defence at the school level needs to be implemented to help protect our children from predators and other dangerous situations. It can also help them feel safe and secure when they are out in public places such as malls, parks or playgrounds where there may be strangers lurking around who could try to harm them in some way if they don’t know how to protect themselves properly!

Because It Can Be An Effective Form Of Therapy

Teaching self-defence is necessary at the school level because it can be an effective form of therapy.

Many children have experienced trauma or abuse, and many more will go through such traumatic experiences in their lives. Teaching them how to defend themselves can help them gain confidence and feel safe as they enter adulthood.

Studies show that when children are taught how to defend themselves, they are more likely to respond with less fear and anxiety in stressful situations. This means that students who have been taught self-defence are better able to handle bullying and other stressful situations as they arise.

It’s necessary to teach self-defence at the school level because it can help students develop empathy for others and learn how to communicate with them effectively. The ability to communicate effectively with others is essential for any student who wants to succeed in life, whether they want to become a lawyer, a scientist or an engineer.

Because It Will Empower Girls to Fight Their Own Battles, Even Outside School Premises

First of all, if a girl knows how to defend herself, she can avoid being taken advantage of or abused by someone else who could pose a threat to her life.

Secondly, if a girl knows how to defend herself and others around her, she will also be able to protect those who cannot protect themselves from harm.

Which Are The Top 5 ICSE And CBSE Schools For Boys And Girls In India?

What Skills Should Schools Start Teaching To Student