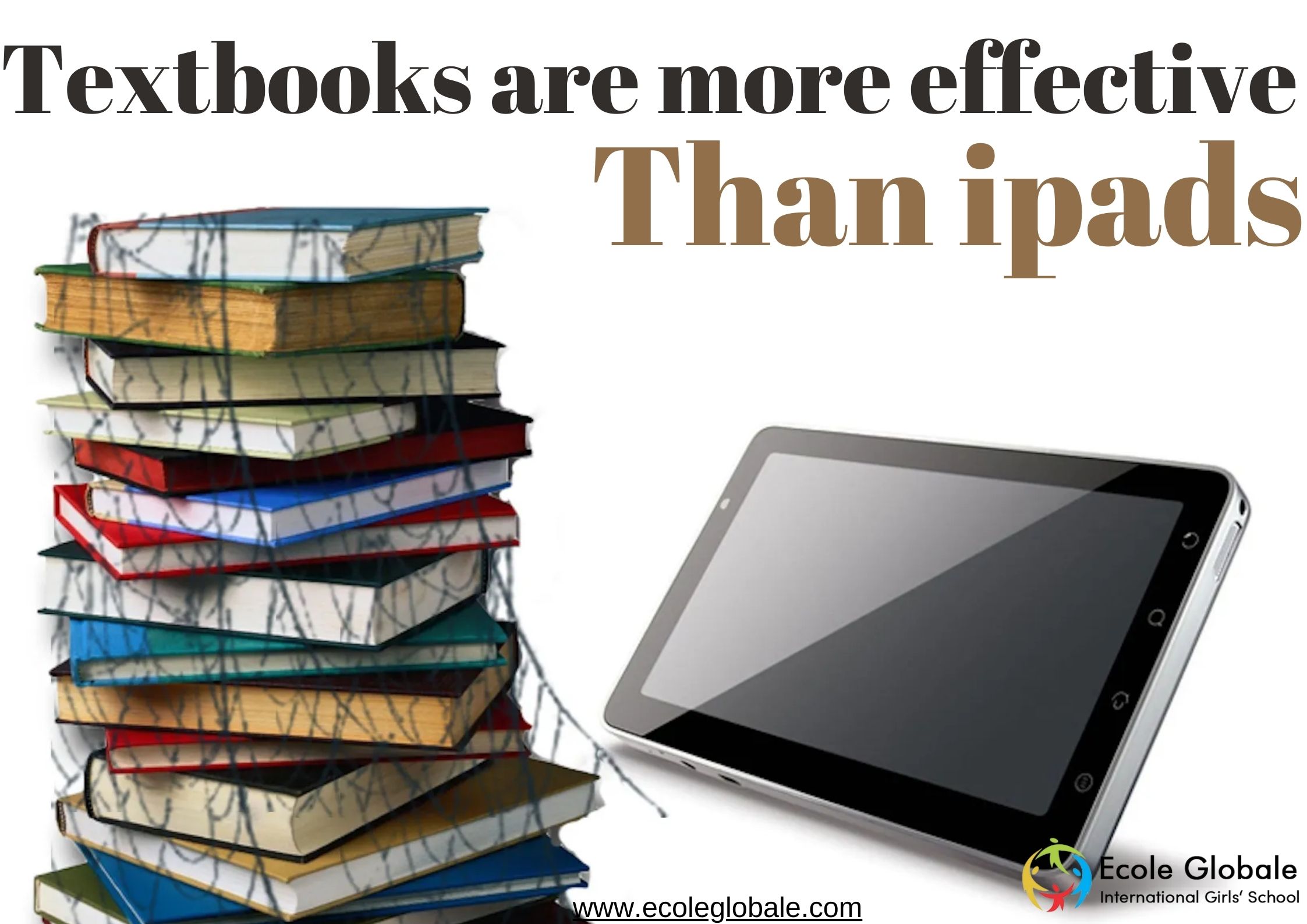 In the United States, textbook publishing is an $11 billion industry, with Cengage Learning, Houghton Mifflin Harcourt, McGraw-Hill, Pearson Education, and Scholastic accounting for around 80% of the market. Tablets are an $18 billion market in the United States, with 53 percent of adults, 81 percent of children aged eight to seventeen, and 42 percent of children under the age of eight having one. With the rise in popularity of tablets, a new discussion has erupted about whether K-12 school districts should move from print textbooks to digital textbooks on tablets and e-readers.

Tablet critics argue that they are costly, distracting for students, easy to damage, and expensive/time-consuming to repair. Tablets, they claim, cause eyestrain, headaches, and blurred vision, increase the number of excuses kids have for not doing their assignments, necessitate expensive Wi-Fi networks, and soon become obsolete as new technology are launched.

In 2012, more individuals used smartphones and tablets to access the Internet than desktop or laptop computers for the first time. In 2017, over 163 million tablets were shipped around the world. According to a joint analysis by McKinsey and the GSMA, the global mobile education market could be worth $70 billion by 2020, with demand for mobile education devices such as smartphones and tablets expected to be worth another $32 billion.

IN K-12 SCHOOLS, STUDENTS HAVE ACCESS TO THE INTERNET AND USE TABLETS

K-12 schools spend $5.8 billion on printed materials and $2.5 billion on digital resources each year. Many districts, schools in India, and states have initiated the shift from paper textbooks to digital learning environments, with 75 percent of K-12 instructors believing that digital content would totally replace printed textbooks by 2026. According to the Center for Digital Education, 82 percent of K-12 school districts polled used digital textbooks during the 2017-2018 school year.

In 2016, 42% of K-12 teachers indicated they utilized at least one digital gadget every day in class. Laptops (used by 56 percent of teachers), desktop computers (54 percent), tablets (51 percent), and interactive whiteboards (51 percent) are the most common devices used in classrooms during a typical week (45 percent ).

One-to-one computing efforts, in which each student has their own laptop, tablet, or another mobile device, are gaining traction, with 40% of K-12 students taking part. Two devices are given to 18% of students.

Despite the widespread adoption of digital learning, only around 28% of K-12 schools globally offered official digital citizenship programs in 2017, aimed at teaching students how to use internet-enabled devices responsibly.

OPINIONS ON TEXTBOOKS AND TABLETS

Schoology conducted a global poll of K-12 instructors in 89 countries in 2017 and found that 95 percent of teachers agreed that digital or blended learning has a positive influence on student growth or achievement. With 52 percent indicating “a lot” and 43 percent saying “somewhat,” the results are clear.

According to a Deloitte survey from 2016, 88 percent of K-12 parents, 84 percent of K-12 instructors, and 75 percent of K-12 students are “very or somewhat interested” in having more at-home digital content available to supplement what is taught in school. If digital learning materials were made available to kids, 73 percent stated they would spend more time learning over the summer.

According to a 2015 survey by ASCD and OverDrive of K-12 school or district administrators, 99 percent of those polled “saw at least one benefit in using digital content overprint in the classroom,” with 76 percent saying it allows teachers to “deliver individualized instruction” and 63 percent saying it “captures greater student attention/engagement.” Switching to digital content was also a source of concern for survey respondents, with 60% of public school administrators and 30% of private school administrators concerned about unequal access to the internet at home.

Which are the best day schools in Bangalore?