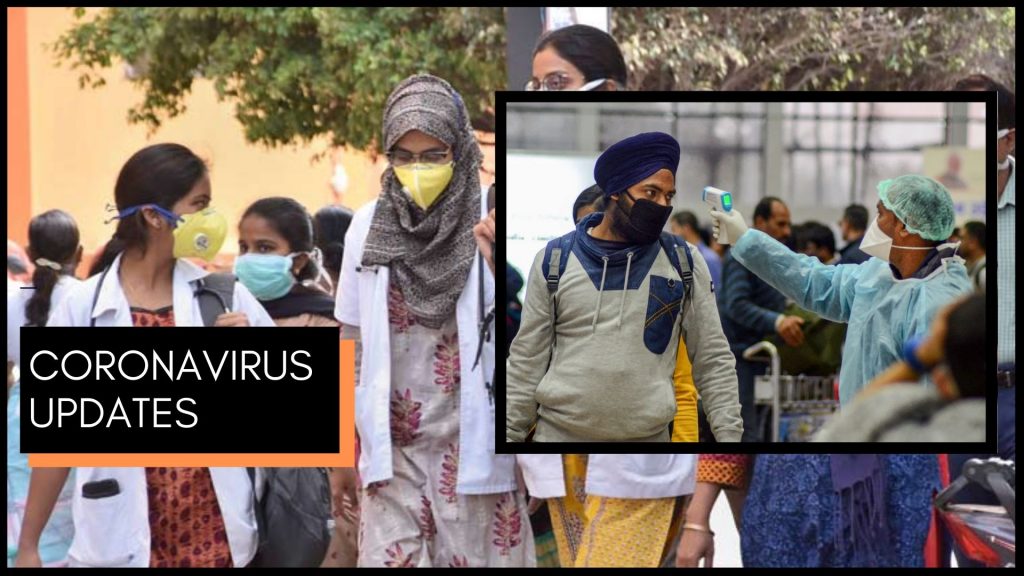 The outburst of the coronavirus cases in India has risen significantly as the total number of cases went up to 62 on 10th March 2020. Eight new cases of COVID-19 were detected in Kerala, three in Karnataka and three in Maharashtra.

An 85-year-old man who had just returned from Dubai to Jaipur on 28th February 2020, has been tested positive for the COVID-19. The individual had been showing symptoms of the virus since his arrival and was earlier admitted to two private hospitals after which he was referred to SMS hospital for diagnosis.

Also, 42 tourists from Italy have been quarantined in the hospitals in Kochi. Nine out of forty-two people who had arrived from Italy had been referred to the Government Medical College, Ernakulam. The remaining 33 have been quarantined at the Aluva district hospital. The people admitted in the Aluva hospital do not carry any symptoms so far, but the investigations are still in progress.

Amidst the coronavirus breakout, the already sinking economy of India seems to be in further danger. As per the reports by the British brokerage Barclays on Wednesday, the isolations and quarantines of the people may severely hamper the working of several sectors and might affect the economy by two percentage.

The total cases reported in India till date have risen up t 62 and spread across in ten states. Here is a list of all the states along with the reported cases:-

Many Indian students from Arunachal Pradesh and Telangana are stuck in Italy. The country has gone into a complete lockdown because of the sudden and significant outburst of the COVID-19 cases. Italy has reported as much as 8,500 confirmed cases and nearly 97 deaths as per the stats on the 10th of March 2020. Indian Airforce Plane brought back fifty-eight students of India, who were stranded in Iran.

Uttar Pradesh visit of the President Ram Nath Kovind was also cancelled amidst the coronavirus scare in the country.

India has also suspended the visas for nationals of three countries namely France, Spain and Germany granted on or before the 11th of March. The permits and e-visas have been suspended temporarily. Also, an India origin man is reported to have died in the United Kingdom due to coronavirus.

Travellers from Italy, South Korea now need to have a negative COVID-19 certificate in order enter India. Along with the visa restrictions and suspensions the people with the travel history from Italy and South Korea will have to submit a document with a negative test report for coronavirus. These instructions were released by the Directorate General of Civil Aviation ( DGCA). It has come in effect from the 10th of March, 2020.

India has also expanded its list of the countries that need to be screened and advised the travellers from these countries to impose self-quarantine. These courtiers include China, Hong-Kong, Japan, South Korea, Italy, Thailand, Singapore, Malaysia, Iran, France, Spain and Germany.

As per the reports of the World Health Organization, there are more than 113,000 confirmed cases across 104 countries recognized. The death toll has crossed the 4000 marks with more than 3000 deaths reported in China. In the United States, over 1000 confirmed cases have been reported across 37 states. Death toll in the United States of America has reached up to 31, with a majority of them in Washington State.

Italy has entered the state of complete lockdown as the cases in the country are rising at an alarming rate. President Xi visited the epicentre Wuhan for the first time since the outbreak. Out of more than 80,000 cases reported in China, more than 60,000 have been recovered and discharged from the hospitals. Mongolia has also resorted towards shutting down of its borders with Russia because of the coronavirus.

About 11 countries of the world are facing severe problems. The countries where the spread of COVID-19 have been significant are as follows:-

The disease has already been declared as a global emergency by the World Health Organization (WHO). New cases are being reported daily, and no vaccine has been developed as yet to fight off the disease and stop the spread of the virus. Common flu and influenza drugs along with the AIDS treatment drugs are being employed as the medications for the COVID-19. Quarantine and isolation wards are set up and the hospitals are making all the preparations for the patients.

One Reply to “CORONAVIRUS UPDATES: CASES IN INDIA RISE UP TO STAGGERING 62”