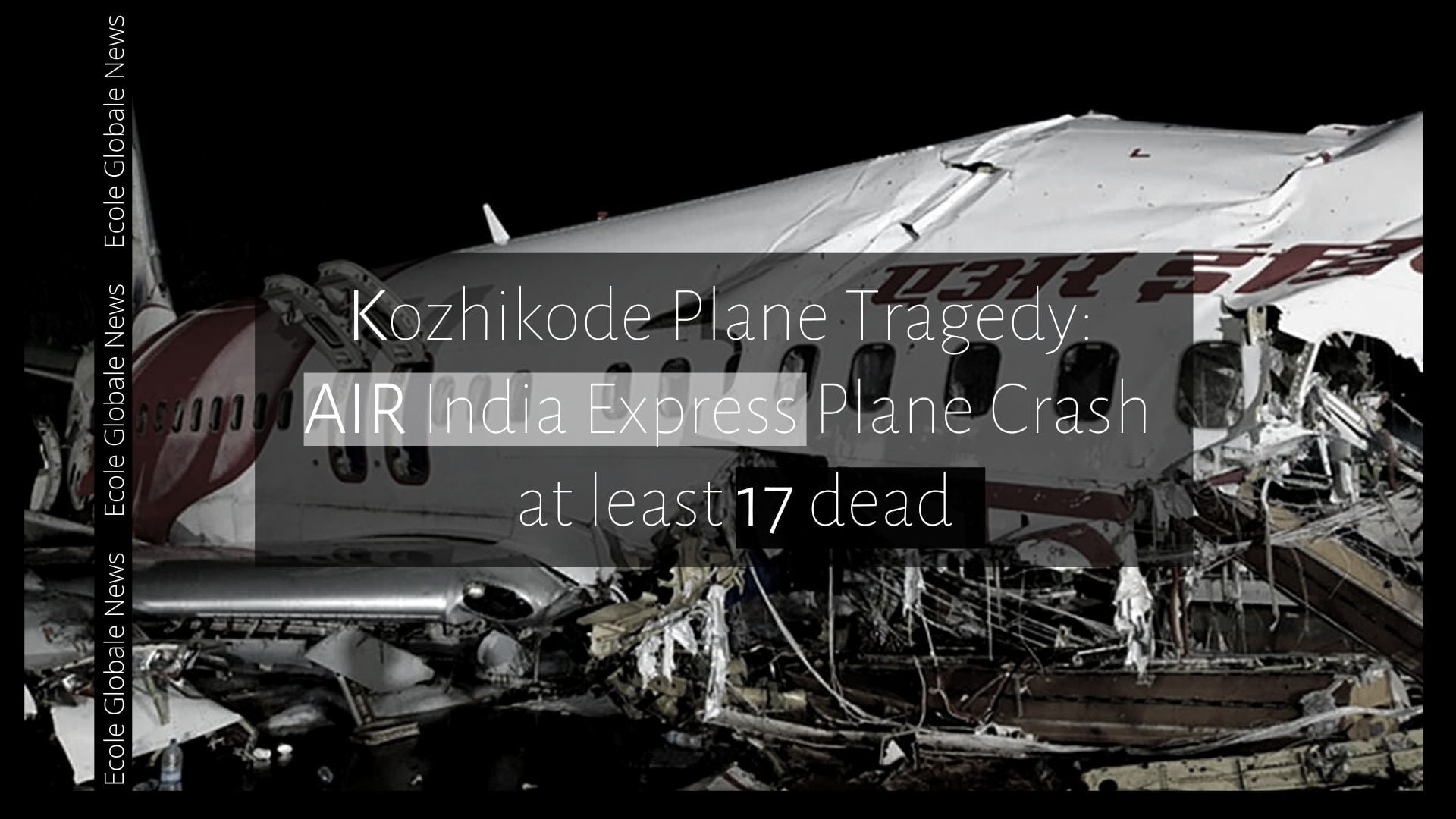 The aeroplane crash tragedy in Kozhikode took place on Friday at approximately 7:10 pm with 17 people confirmed dead in the accident including the pilot, DV Sathe. The year 2020 does not seem to catch a break and the plane crash last night came as a massive shock to the masses.

The Air India Express aircraft from Dubai to Kozhikode was carrying 191 passengers. The aircraft fell after slipping off the runway at the Karipur Airport into a valley in Kozhikode. The rescue operations have now completed, and all the passengers have been admitted to the nearby city hospitals. They are being treated and are kept under care and supervision.

The reasons for the crash are attributed to the heavy rainfall and bad weather. After landing, the plane crashed into two parts. Ongoing investigations have revealed several facts connected with the incident. The two investigations team from Airports Authority of India, AAIB and Air departed for Kozhikode. They left for the site at 2 am, and 5 am. It has been confirmed by the sources that the plane carried around 174 passengers, two pilots and ten infants along with five crew members.

A detailed investigation and inquiry have been ordered by the Directorate General of Civil Aviation (DGCA) on the Dubai-Khozikhode Air India Flight (IX- 1344) crash.

An official statement was released by the Air India which stated that the incident took place at approximately 7:41 pm on Friday. The Air India Flight IX 1344 which was operated by the B737 aircraft from Dubai to Khozikhode had overshot the runway, and no fire was reported at the time of the landing.

The Primary Minister of India, Narendra Modi, is in talks with the Chief Minister of Kerela Pinarayi Vijayan. The latter confirmed the PM that the team of respective professionals including the District Colletors from Malappuram and Kozhikode along with the IG Ashok Yadav have arrived at the spot.

The NDRF (National Disaster Response Force) have been instructed by the Home Minister of India, Mr Amit Shah to reach the spot and help in the rescue operations. The DG, SN Pradhan indicated that all the passengers on-board had suffered injuries and some of still unconscious.

An essential conference was promptly called by the Civil Aviation Ministry. This meeting is undertaken in the Rajiv Gandhi Bhawan.

The rescue operations of the will be supervised by Minister AC Moideen. The fire-brigade, police personnel, medical staff and ambulances were deployed rushed to the spot at the earliest. The plane divided into two parts after the accident took place and one of two pilots, Deepak Vasant Sathe, lost his life. The condition of the co-pilot is said to be critical. The crash completely damaged the cockpit and the front door sue to the significant impact.

The flight fell down into a valley in Khozikode after overshooting the Runway 10 of Karipur Airport, Calicut and Broke into two parts.

Although the exact reasonings behind the unfortunate incident are still unclear, the heavy rains in Kerela are anticipated to be a major factor behind the accident.

Many political leaders and personalities expressed their shock on the incident and sent condolences to all those who were affected and their family members. PM Modi, Finance Minister Nirmala Sitharaman, Home Minister Amit Shah, Alphons KJ and several other leaders also displayed his sympathies towards the family members of the sufferers.

Relatives and concerned of the passengers can contact the following Helpline Number:-

The MEA Helplines are open 24*7. Help-centres are also being constructed at Sharjah and Dubai.