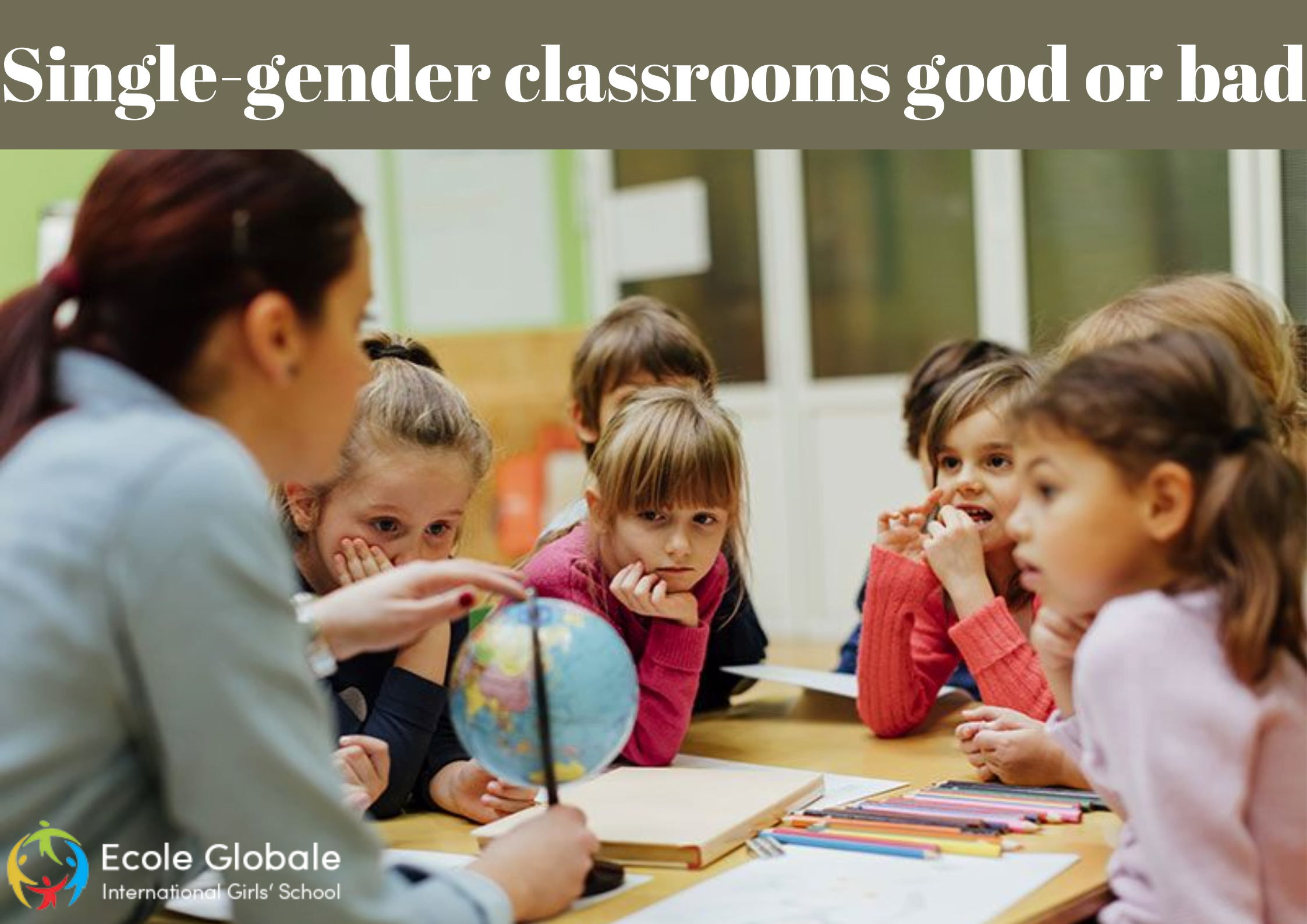 Single-gender classrooms have popped up in news headlines of late, with advocates from both sides of the argument typically presenting their viewpoints. I’m sure you’ve read about educators in primary schools experimenting with everything from boys-only classrooms to girls-only classrooms. Some studies have even shown that the students enjoy being in these single-gender schools in India and will ask for them! Is this true? Are single-gender classrooms a good thing or a bad thing? Does one gender learn better than another? Let’s discuss this further in this post.

Whether you’re a teacher or the student’s parent, the recent popularity of single-gender classrooms has been an ongoing debate. But one thing is certain: It will continue to be debated, as opinions are just too strong on either side. Some argue that this form of education is not only beneficial but necessary to help boys and girls shine in a co-ed classroom. However, others argue that while it can be beneficial, there isn’t enough evidence to prove its effectiveness and efficiency.

The theory is that in many schools, boys have become disengaged from their studies due to female teachers who don’t understand how they learn best. Although the concept of single-gender classrooms has been around for decades, it’s starting to gain more attention due to the surge in the number of single-parent households headed by women.

In the past, some schools chose to offer classes based on gender differences

They thought that it would be easier for girls to learn in a classroom without boys and vice versa. But a big part of this was that girls used to do many different things than boys did. For example, they didn’t play sports or do certain science experiments or certain crafts. That’s not true today.

Tests have shown that students learn better when there are more opportunities for cooperative learning and creative problem-solving. In addition, organizations like the American Psychological Association have found that single-sex classrooms put too much emphasis on gender roles and that co-ed classrooms are better for boys and girls alike. As a result, nearly all public schools offer co-educational classes today. The only exceptions are for special needs students who may need to be separated by gender for their own safety or because they’re less ready to interact with peers of the other sex.

Single-gender classrooms can still be found in private schools and especially in religious schools. Sometimes they’re used as an option but most often they’re required to comply with faith-based rules about modesty or gender roles.

Single-gender classrooms are good for students because

Learning styles. Some boys learn better when they can move around and be physical, while girls learn the best sitting still for long periods. Sometimes teachers get frustrated with their students if the class isn’t as disciplined as they’d like it to be. But when you have classes with only one gender, you don’t have to worry about this as much.

Academic performance. According to statistics, girls do better in school than boys because they’re less likely to drop out or get into trouble at schools in India. When boys are in one classroom and girls in another, there is less distraction and more focus on learning.

Equal opportunities for all

One of the most common reasons for single-gender classrooms is to give girls and boys the same opportunities. The structure results in more flexible schedules for both genders as well as equal access to after-school programs. The separation can also make it easier for teachers to reach both genders with their instruction.

Single-sex education has proven benefits for everyone involved. Students may be more comfortable with themselves and one another because of the closer interactions, which makes it much easier for them to learn. Teachers can better focus on each gender, making sure that they are learning what they need to know to succeed in the real world. Single-gender classrooms can help all students become their best selves while giving them strong foundations on which to build their futures.

Single-gender classrooms can be beneficial to students in a variety of ways. Breaking up the competition between males and females may reduce bullying, will encourage each gender to acknowledge the strengths and weaknesses of their peers, and brings the opportunity for higher quality learning to both genders. We hope this article has given you some food for thought regarding single-gender education.

Ways to discipline an aggressive child