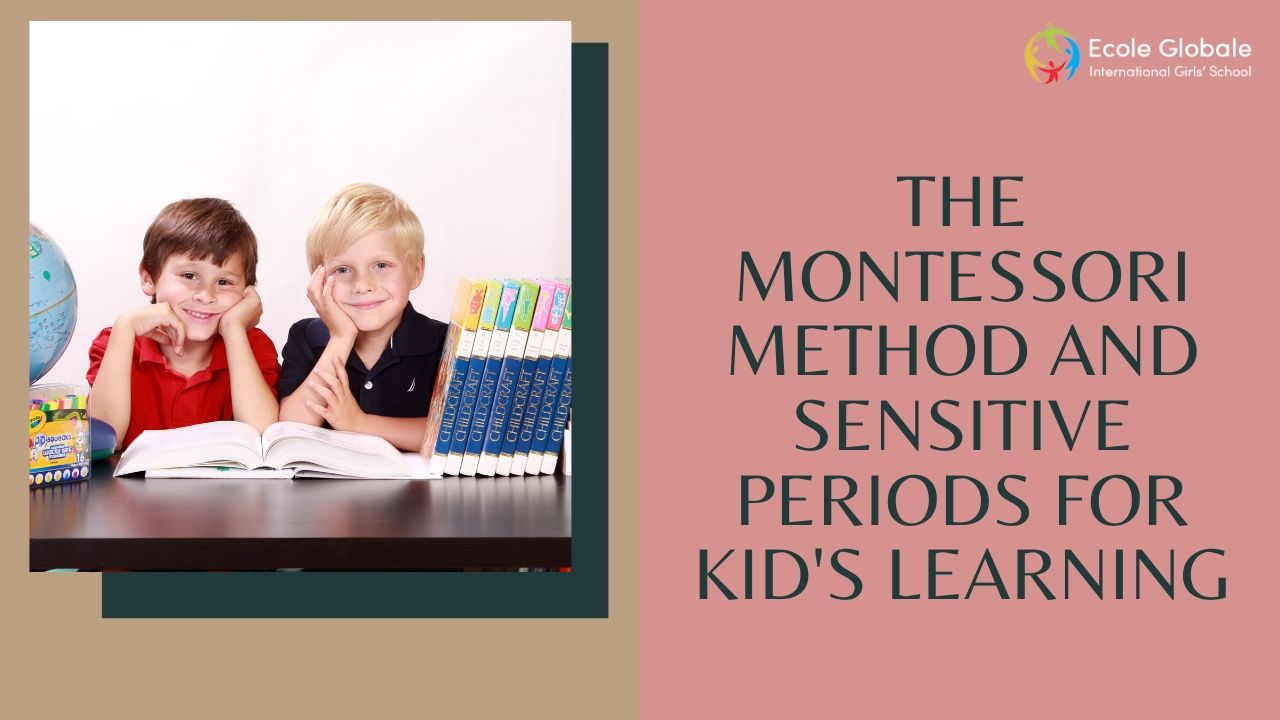 Maria Montessori, the first female physician in Italy, pioneered an approach to the education of children known as The Montessori Method. Her entire life, she studied how children learn. A developmental theory explaining her approach to early childhood education was developed by her in addition to the practical application of her ideas in Montessori schools.

Between infancy and young adulthood, Montessori outlined four distinct planes of development that take place. For optimal learning to occur, changes in the educational environment are required as a result of physical and psychological changes. there are many Montessori methods of teaching material we help small children through which they can understand better with a variety of new development techniques material

Children have an absorbent mind during this plane of development. Children absorb the information from everyone and everything constantly and eagerly and thus learning effortlessly.

This plane was further divided into two phases. The first phase, also called an unconscious stage, occurs between birth and three years old when children unconsciously take in the information. They develop basic skills by learning through imitation.

The second phase, also known as the conscious stage, occurs between 3 and 6 years old. During this stage, children become more conscious of the experiences they seek and thus maintain their absorbent minds. They want to become capable enough to do things themselves and make their own choices and are motivated to expand their skills.

For the children in the conscious stage of the absorbent mind plane, Montessori schools included various programs. During this stage, children are left uninterrupted in the Montessori classrooms so that they can learn as much as they want. A plethora of well-organized and attractive learning materials are present in each classroom. Children decide themselves which material they want to use with a little guidance of a teacher in making choices. Thus a child is made responsible for educating themselves.

Children complete their sensitive periods and grow out of the absorbent mind plane at around six years of age. Now they become more philosophical and group-oriented and having abstract and logical thinking. They begin to think about their roles in society and ask various moral questions.

In Montessori schools, Practical subjects and the related materials are provided in the classrooms. To dive deeper into subjects like math, science, etc., an instructor guides them carefully.

Both physical and psychological changes occur in an adolescent. Thus Montessori believed that children in this age are no longer devoted to academic pursuits because they don’t have the same energy as they had in earlier stages. Thus she said that learning at this stage should be connected to the skills connecting the child to the adult world.

Montessori suggested that adolescents should be made to do tasks like making clothes, cooking, etc. together. In this way, they will become independent and will learn to work with others.

In early adulthood, when individuals are busy exploring their careers or choosing a path, the final plane of development occurs. At this stage, people with enjoyable career choices must have received all the resources required at each developmental planes.

Several sensitive periods are specified by Montessori, which include:

How To Improve Student Engagement

How To Motivate Students To Study During Coronavirus Outbreak