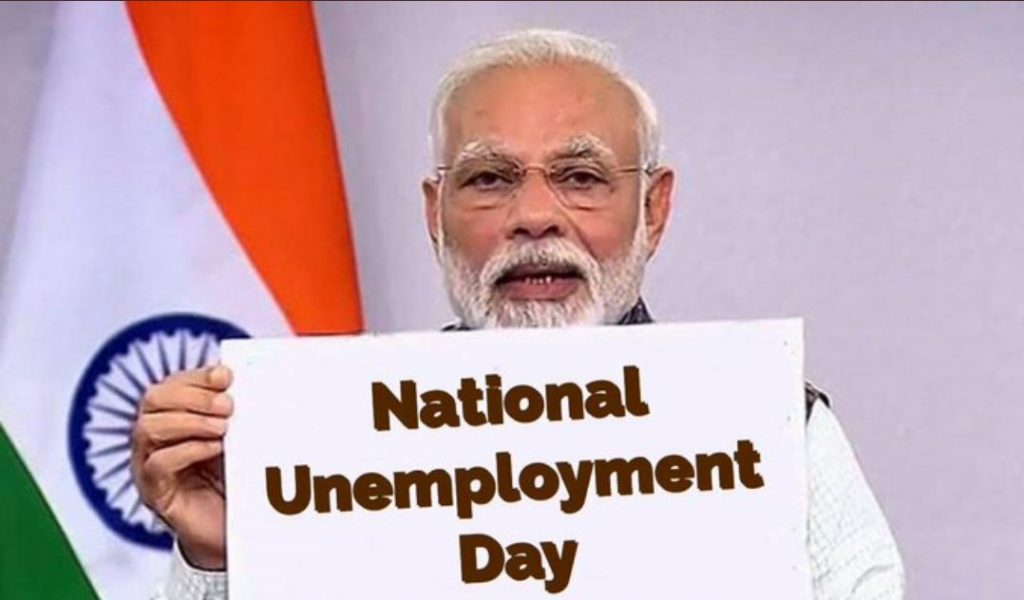 Today, on 17th September 2020, Prime Minister of India will be celebrating his 70th Birthday. The Twitter was flooded with birthday wishes for the PMO India at 12 am with various trending hashtags like #HappyBirthdayNaMo, #NarendraModi, #NarendraModiBirthday. Amidst this, another hashtag that caught the attention of the masses was the #NationalUnemploymentDay. So why such a trend on the Birthday of our Prime Minister?

COVID-19 has severely hit the economy of the country with the recorded GDP plunging to -23.9% for the first quarter. This hit is anticipated to be one of the worst in the last 40 years. Job losses were rampant, with nearly five millions salaried jobs lost in the month of July. Therefore, in an effort to voice their concerns, many students and young Indians decided to organize a digital protest on Twitter and other social media platforms. Many started tweeting about the lost jobs and increasing unemployment across the country, resulting in the trend #NationalUnemploymentDay.

As per the reports of the Centre for Monitoring Indian Economy (CMIE), Urban Unemployment reached 8.32% in the month of September. Lockdown was another hit on the already slowing economy of the country leading towards numerous job losses. Other stats indicate that lockdown caused nearly 12 Crore Indians to lose their job mostly from the unorganized and rural sectors.

The most profoundly affected age group because of this conundrum is the youth section of the country. A report released by the International Labour Organization and Asian Development Bank apprehended that lockdown and COVID-19 exempted nearly 40 lakhs Indians below the age of 30 from their salaried jobs. People aged from 15 years to 24 years were the most affected.

RISING ANGER AMONG THE STUDENTS AND ASPIRANTS

The intolerance of the students is increasing day by day, and many are expressing their anger against government policies. Aspirants and students are regularly posting their concerns on various social media platforms, especially Twitter.

The delay in releasing government vacancies, conducting the exams, announcing the results, joining, etc. were few of the chief reasons for anger among the students.

Since the past few weeks, the SSC and NTPC (Railways) aspirants took to Twitter to protest against the incompetency of the Government in timely organizing these exams and declaring the result. Students have now been waiting for more than two years for the results and exams, and there was no news for the same. Finally, the SSC and Railways released the notification for both these exams.

The rage among the students is very significant. Previously, on “Mann Ki Baat” released by PM Modi on the official YouTube Channel of Bharatiya Janta Party, a large number of dislikes compared to the likes were indicative of the people’s intolerance and anger.