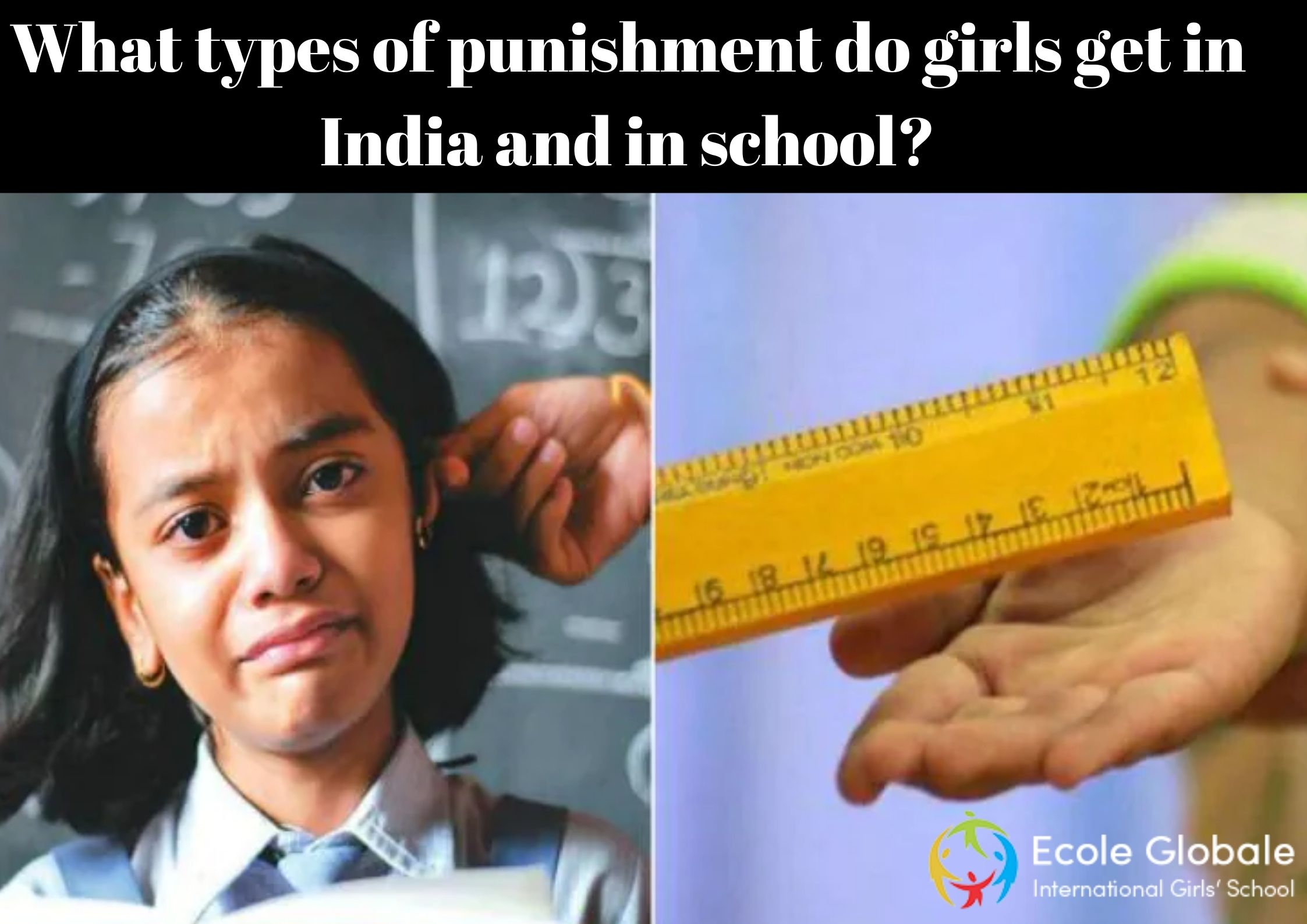 School punishments can vary from school to school and from country to country. In India, some toy cartons are given to students who were naughty and had trouble in class. This article will talk you through the most common types of punishments used in schools and colleges.

Everyone generally looks down upon mild punishments. They are viewed as not enough to keep school kids disciplined. This is why many parents prefer that their kids are subjected to varied types of punishments, starting with the basic ones and leading to the more severe ones, if they do not obey the rules and regulations of the family and school. What exactly are these punishments?

There are various reasons for punishment. Some of them are as follows

1) To ensure discipline in schools and colleges.

2) To make sure that the rules and regulations of any girl’s schools in India or college are not violated at any cost.

3) To ensure that the students focus more on studies rather than on playing games, gossiping, etc…

4) If a student is punished then he will remember to not break the rules again and will be a better person next time he is tempted to do so in the future.

5) It makes the students remember their mistakes and they will be careful to not repeat them again in their life.

The method of punishment in India is different from place to place. Most of the schools in India have the same methods of punishment.

1) Getting punished by the teacher

Writing sentences on a blackboard as a punishment (e.g. I will not misbehave with my friends)

2.) Getting punished by the principal

Some schools have another type of punishment system called getting punished by the principal. If a student does something wrong, then he/she will be taken to the principal’s office, where the principal gives punishment to that student. Some common punishments given by principals are:

– Getting scolded by the principal

Detention: Some schools also have detention classes where students who have committed certain kinds of offences are made to attend these classes as a form of punishment.

In India, the punishment is given in both schools and colleges.

The punishment may be in the form of –

1) Suspension – If a student commits serious wrongdoing then he/she is suspended from school/college for a while.

2) Fine – If a student talks in class or doesn’t follow rules, then he/she is fined some amount. The money that is collected is used by the institution for different purposes.

3) Detention – If a student breaks a rule then he/she has to stay back after school hours and complete some work that takes time to complete.

4) Parent-teacher meeting – The teacher calls the parents to school and informs them about the bad behavior of their child so that they can work towards rectifying it.

5) The principal gives punishment to the student directly, depending upon the seriousness of the offense.

Punishment is the way in which teachers teach children, who are not listening to what the teachers say. The parents know the school system and punish their kids if these kids do not attend their lectures or tests. The schools, colleges, and even universities have rules and regulations for students which need to be followed by them. There are sensible reasons for giving punishment to a student