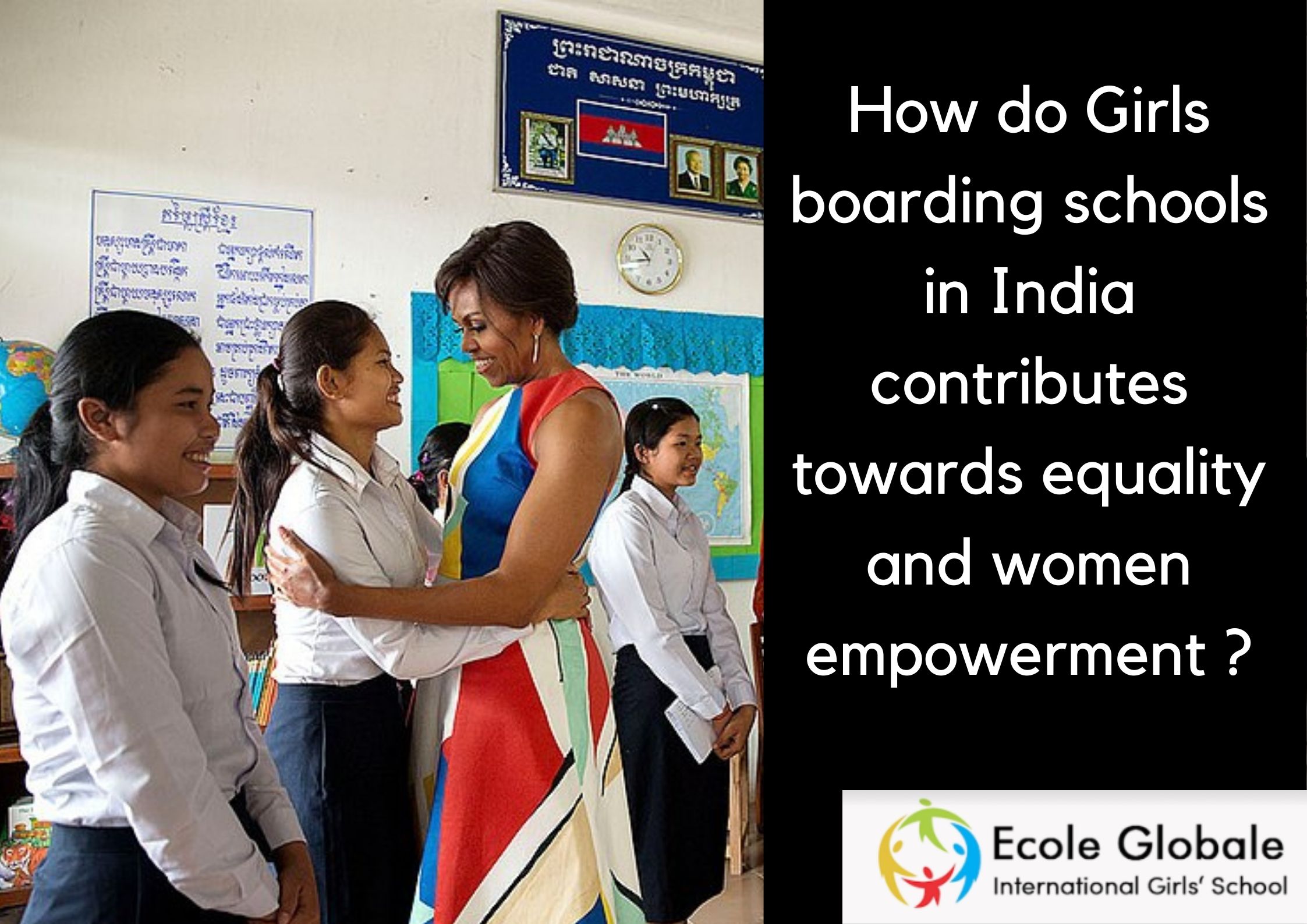 In contrast to day school, when pupils can return to their parents’ homes from school, boarding school requires the students to reside on the school site in hostels/dormitories after finishing planned classes. There are many sorts of boarding schools, and several offer both day and boarding options, while others are entirely boarding. Among some of the boarding schools, many have the choice of enrolling in single-gender institutes, which are institutions that only accept girls or boys.

Women’s empowerment has been a major topic in recent years. Women are shattering preconceptions and engaging in all major venues as part of the push forward into equality on all forums. Over the previous few decades, the presence of women in the societal, financial, governmental, and cultural fields has increased.  Girls boarding schools play a significant part in empowering young women. All of these improvements have occurred as a consequence of the tireless efforts of leaders and public figures who have consistently risen their opinions and battled for equality of the sexes. There is indeed a long way to go.

India has come a long way in recent years. Women’s positions have also expanded because there is now greater female representation across many platforms. However, misconceptions still linger in certain of India’s poor and isolated populations. It is a big country, and developed areas have a good community generally.

In India, the position of urban women has greatly improved. A large chunk comes from working-class women who have high-profile jobs and are leaders in a variety of fields. Women can work and live independently. The stereotype of women as stay-at-home moms who care for their families is no longer mandatory.

Education has enhanced society’s broader picture. It has resulted in a shift in philosophies, the establishment of equality, and the establishment of numerous logic-based views inside the system. A well-educated person is open-minded and accepts the diversity that exists in society. He is aware of cultural, gender, racial, and linguistic differences and accepts them all, irrespective of any preconceived notions.

Education has resulted in women’s empowerment. People are more conscious as a result of their increased education. This has resulted in several good developments in the globe, one of which is gender quality.

Women’s Empowerment and the Impact of Girls Boarding School

One of the methods to empower women and support their empowerment in this society is to educate the public, particularly women. A woman may make a better-educated decision if she is aware of everything going on all around her and is well-versed in her rights.

Education is a crucial element that may help society improve as a whole. If India wants to become a superpower, it must ensure that all women have equal social standing and receive a good education.

The importance of a girls’ boarding school in empowering women cannot be overstated. They boost their self-esteem, make children more conscious of society, and provide them with a place to grow. The following are among some of the important attributes that a boarding school will develop in girls:

Participation in a variety of social and political activities

Females become even more conscious of social and political events throughout the globe as a result of the many discussion forums organized at boarding schools, and this helps her become a more responsible resident of the nation.

Females become even more conscious of social and political events throughout the globe as a result of the many discussion forums organized at boarding schools, and this helps her become a more responsible resident of the nation.

Education enables women to better comprehend the importance of life, assist their families in financial concerns, and so much more.

Education enables females to live their lives according to their very own terms, to be crucial in making and sticking to their own choices, into becoming responsible parents, and to make money for the family.

A girl’s education allows her to enjoy her life to its fullest, free of societal constraints. A well-educated and well-informed woman may make much better judgments about herself and her community.

Girls who attend boarding school gain self-confidence and are prepared to make their own decisions in life by imparting information. To be capable of making a life in society and developing her personality.

Stereotypes are being challenged

Students in a girls boarding school have chances in all fields. They are not constrained by stereotypes which would prevent them from engaging in various activities.

There is no discrimination based on gender

The students at a girls’ boarding school aren’t exposed to any gender prejudice. Due to the absence of guys in schools, girls are expected to fulfill all chores. This allows students to investigate various subjects and opens the door to a variety of professional opportunities. Female representation has risen in traditionally male-dominated fields. The majority of these women received their education at prestigious girls’ boarding institutions.

My marvelous schooling journey in dehradun

Why Do So Many Kids Struggle With Mathematics Problems